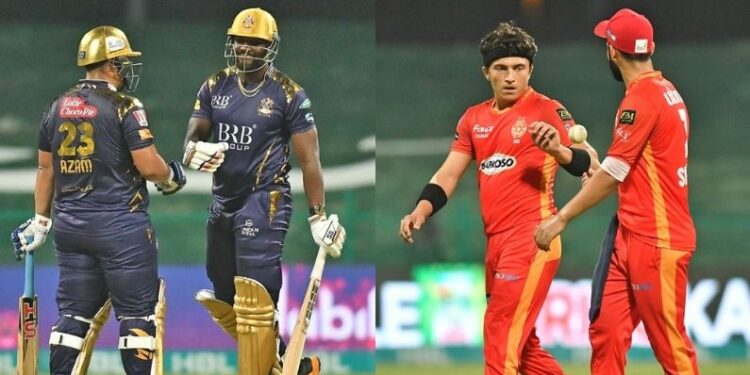 After the postponement of IPL 2021, Windies legend Andre Russell has landed for a cricket match for the first time and his return has not been as expected.

New Zealand’s WTC win freshened the wounds of this former captain, said- I was scared

PSL 2021 messed up before the final, two players broke the bio bubble, went to meet outsiders, Pakistan board gave this punishment

Andre Russell hit Muhammad Musa for two consecutive sixes, then got out inside the next two balls. (Photo: PSL)

West Indies all-rounder Andre Russell, who has been away from the cricket field since the postponement of IPL 2021 on May 4, has made his return from the Pakistan Super League (PSL-6). Russell, one of the world’s most destructive batsmen, played his first match in PSL-6 for Quetta Gladiators on Friday, June 11, in the remainder of the PSL-6 being held in Abu Dhabi due to Coronavirus. However, in this match against Islamabad United, Russell’s comeback was not very good and his innings came to an end in just 6 balls, of which the whole game was in the last 4 balls.

Batting first, Quetta’s team lost its fourth wicket in the 13th over at the score of 88. After this, Andre Russell, who came to the crease, took a run on the last ball and then came on strike for the 14th over. There was a wide in the first two balls of the over, while there was a miss. After this Russell showed his stormy avatar. Russell hit two tremendous sixes on the second and third balls of Islamabad’s team Pakistani bowler Muhammad Musa.

Hit sixes first, then hit the ball on the helmet

His intentions were known from Russell’s sixes that he had come for the purpose of getting every ball across the boundary. In such a situation, after eating two consecutive sixes, Musa Khan took his revenge in a dangerous manner on the very next ball.

Moses made the fourth ball of the over bouncer, which Russell tried to wrap. Russell missed it and hit his helmet hard. The match was halted for some time and the physio examined Russell. However, he did not need to leave the field.

All the work on the next ball

But Muhammad Musa completed his revenge on the very next ball. Once again Russell ran the bat on the short ball, but taking the edge of the bat, an easy catch went into the hands of the short third man fielder. Thus ended Russell’s innings by scoring 13 runs in 6 balls and Muhammad Musa paid his account.

Batting first, the entire team of Quetta was bundled out for just 133 runs in the last ball of the 20th over. Jake Weatherd scored the highest 45 runs for the team, while Azam Khan contributed 26 runs. For Islamabad, Mohammad Wasim took 2 wickets for just 12 runs in 4 overs, while Hasan Ali and Musa also got 2-2 successes.

Also read: Virat Kohli is having fun, there is a ready army of openers