Prithvi Shaw created ruckus in Sri Lanka, while opening the bowlers at will, watch the video 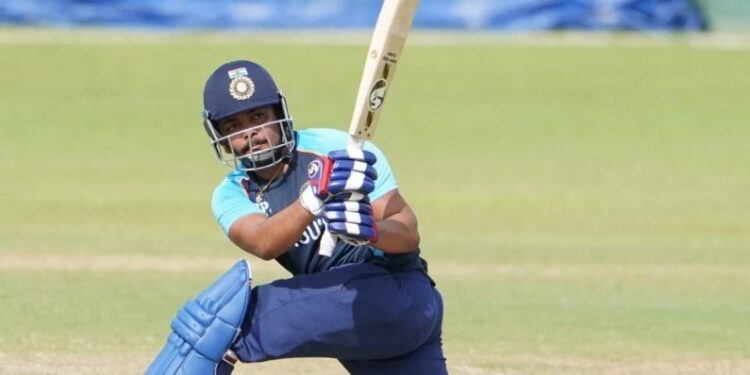 Prithvi Shaw has been running in tremendous form in recent times. He scored the most runs in the Vijay Hazare Trophy and made Mumbai the champions. Then in the IPL too, he had batted in a fast fashion.

Prithvi Shaw has been in tremendous form since the Australia tour.

The ODI series between India and Sri Lanka (India vs Sri lanka) is to be announced from July 18. In this, eyes will be kept on the young players of India. There are some names like Prithvi Shaw who can present their claim for the T20 World Cup through a good performance against Sri Lanka. Three ODIs and three T20 matches are to be played in the series from Sri Lanka. In the Indian team that went under the captaincy of Shikhar Dhawan, there are some players who are the main part of India’s limited overs team, then there are some names who have done wonders in the IPL and will now try to shine at the international level. There are no big names like Virat Kohli, Rohit Sharma, Jasprit Bumrah in this series. These players are on a tour of England and will play Tests there.

Prithvi Shaw can open with Shikhar Dhawan during the series against Sri Lanka. This batsman has been running in tremendous form in recent times. Shaw scored the most runs in the Vijay Hazare Trophy and made Mumbai the champions. Then in the IPL, he also gave a strong start to Delhi Capitals while batting in a swashbuckling manner. Now they would like to continue the same form against Sri Lanka. Before the start of the series, he has also been seen in full color in intra-squad matches of Indian players. In the second intra squad match, he opened the innings and hit big shots. He made shots all around the field against the bowlers.

Shaw thrashed all the bowlers

Sri Lanka Cricket has posted a video related to Prithvi Shaw on its YouTube channel. In this, it is seen that Shaw has made crisp shots in front of bowlers like Bhuvneshwar Kumar, Deepak Chahar, Yuzvendra Chahal, Kuldeep Yadav, Hardik Pandya and T Natarajan with great ease. As soon as the ball was hitting his shot, a great sound was heard. Shaw played a half-century in the second intra-squad match. In view of this, it is certain that they can rain runs during the series against Sri Lanka. It is known to all that Shaw is a mine of talent and has scored a lot of runs in domestic cricket. That is why he is considered the future of Indian cricket.

Also read: Ashwin made preparations to beat the British! Leaving the holidays in the middle, went to play county cricket