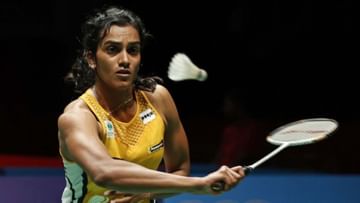 Former world champion Sindhu had not played since the Commonwealth Games in August due to an ankle injury. Sindhu also made a comeback in Malaysia Open after a long time after recovering from injury.

PV Sindhu is a contender to win the India Open

For the first time after Corona, the India Open Super 750 badminton tournament, to be held in the presence of domestic fans, is going to start from Tuesday. Many of India’s star players will take part in the tournament including defending champion Lakshya Sen and two-time Olympic medalist P V Sindhu also includes. Sindhu (7), Sen (10) and HS Prannoy (8) have three players in the top 10 of the world rankings, while Satwiksairaj Rankireddy and Chirag Shetty are fifth in the doubles rankings. All of them will be contenders for victory.

Seventh seeds Sen and fifth seeds Satwik-Chirag will enter here as defending champions. On the other hand, Sindhu and 13th ranked Kidambi Srikanth are former champions in this nine lakh dollar prize money tournament. By the way, the previous results will not matter in this because the top players of world badminton will be face to face with each other. Sen and Prannoy, who were the mainstays of Indian men’s singles badminton last year, will once again clash in the first round. Sen was defeated by Prannoy in the first round of the Malaysia Open last week.

Eyes will be on Sindhu

Former world champion Sindhu had not played since the Commonwealth Games in August due to an ankle injury. Sindhu also made a long comeback in the Malaysia Open after recovering from injury, but Carolina Marin of Spain defeated her in the first round. This time in the first round, she will face Thailand’s Supanida Kethong. Due to which she had lost in the last session. In the quarter-finals, he may face Olympic champion Chen Yufei of China.

Satwik-Chirag will be the contenders

Satwik and Chirag reached the semi-finals in Kuala Lumpur last week. They will face Denmark’s Jeppe Bey and Lasse Mohede in the first round of men’s doubles. They may face top seeds Takuro Hoki and Yugo Kobayashi of Japan in the quarter-finals. Former world number one Srikanth faces a tough challenge in the form of two-time world champion and reigning Olympic champion Viktor Axelsen in the first round. Axelsen has won the title in Malaysia only last week. London Olympic bronze winner Saina Nehwal will play Mia Blichfeldt of Denmark in the first round. Due to injury, Saina could not perform well last year.