PBKS vs RCB, IPL 2022: Bangalore suffered 2 mistakes in the 17th over, then the defeat was decided in the next 5 balls 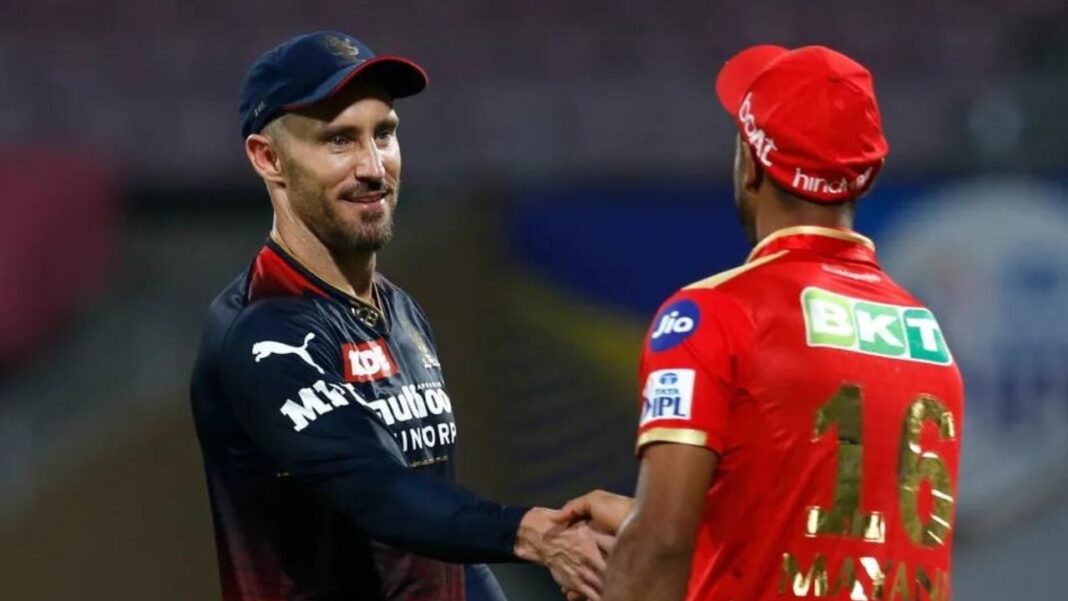 Bangalore scored a big score of 205 runs and were looking to make a comeback in the match at one point, but two mistakes in two consecutive balls in the same over completely engulfed the team.

Bangalore scored a big score of 205 runs, but it also proved to be small in front of Punjab.

IPL 2022 (IPL 2022) It has started in a surprising way. All the three matches played in the first two days of the new season were excellent and amazing match has been seen so far. The results of the matches have been decided in an exciting way. Punjab Kings and Royal Challengers Bangalore on Sunday 27 March (PBKS vs RCB) In the collision, it rained heavily. There were indiscriminate sixes and fours and more than 400 runs were scored in the game of 39 overs. Batting first, the Bangalore team, which scored 205 runs, could not even save such a big score and Punjab won. In addition to the powerful batting of Punjab, Bangalore made two mistakes in the same over in this match. (RCB’s Mistake) It was also heavy, due to which the match was snatched from them.

In response to the target of 206 runs from Bangalore, the pair of captain Mayank Agarwal and Shikhar Dhawan started strongly for Punjab. Then Bhanuka Rajapaksa, who was making his IPL debut, also batted vigorously and continued to lead Punjab towards victory. In such a situation, when it seemed that Punjab would win the match easily, then Bangalore made a comeback and by the 15th over, Punjab had lost its fifth wicket at the score of 156. Only 6 runs came in the 16th over and then Punjab needed 44 runs in the last 4 overs. In such a situation, the 17th over was important and Harshal Patel gave only 8 runs for Bangalore, but there were two such mistakes, which were heavy in the end.

On the fourth ball of Harshal Patel, bowling in the 17th over, Odin Smith played a shot at deep extra covers, but the ball went straight into the hands of Anuj Rawat, stationed there. Anuj had taken two excellent catches before this, but he dropped this easy catch in his hand. At that time Smith’s score was only 1 run and had played 3 balls. RCB did not even recover from the mistake that Harshal Patel’s lethargy on the very next ball spoiled the game.

Shah Rukh Khan’s shot went into Siraj’s hands on the covers while Smith ran for a run. Shahrukh refused him and he started returning. On the other hand, Siraj’s direct throw went into Harshal’s hands, but instead of immediately disintegrating the stump, Harshal stayed for a second and then hit the ball on the wicket, but it was heavy for a second and Smith dived himself and secured himself. If Harshal had hit the stumps without stopping, Smith would have been sitting in the pavilion.

Smith gave a blow to Bangalore in 5 balls

After this, Smith did not give Bangalore a third chance and decided Bangalore’s defeat in just 5 balls. Smith took 25 runs in the 18th over against Siraj in just 5 balls, hitting 3 sixes and a four and the score was 195 runs in 18 overs. Punjab needed just 11 runs, which Shahrukh Khan completed in the 19th over by collecting 13 runs including a six and a four on Harshal Patel.

Also read: Started this season from where it ended last year, played captaincy innings in the first match itself