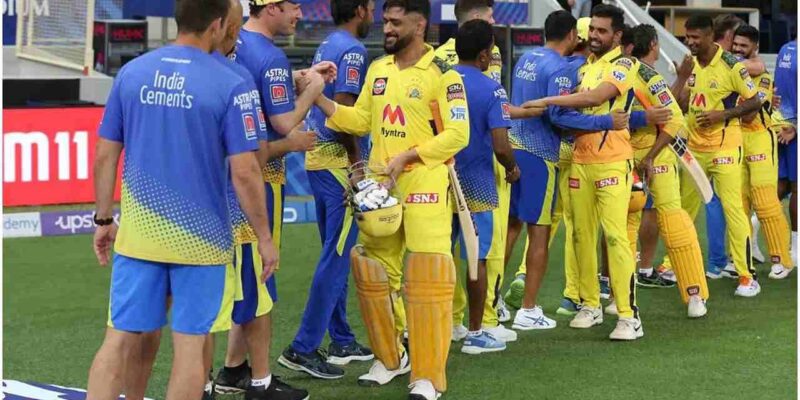 Dhoni’s CSK became the most match-winning team in the playoffs of T20 cricket.

Chennai Super Kings continues to dominate in IPL 2021. After becoming the first team to reach the playoffs, CSK has now also become the first finalist of this season. But along with achieving this success, he has killed two victims with one arrow. He has defeated Delhi Capitals as well as left behind the team of Pakistan. That is, the match in Dubai has had an impact on a team of India as well as on the team of Pakistan. In the first qualifier of IPL 2021, Chennai Super Kings has won the final ticket by defeating Delhi Capitals by 4 wickets.

Now you must be thinking that it is understandable to defeat Delhi Capitals. But how did the Pakistan team get defeated by CSK doing this? So the answer is related to Dhoni’s spectacular victory for Super Kings in the first qualifier of IPL 2021 playoff. With this win, his record of never losing to Delhi in the playoffs remains intact. Along with this, the record of Pakistan’s team has also been broken.

The record of Pakistan’s team, which has been broken by Chennai Super Kings, is related to its victory in the playoffs of T20 cricket. In fact, the record of winning the most 17 matches in the playoff of T20 cricket is now in the name of CSK. Earlier CSK and Pakistan Super League franchise Sialkot Stallions were joint number one with 16-16 wins. But Dhoni’s Super Kings have left them behind as soon as they beat Delhi Capitals.

In the first qualifier of IPL 2021, Delhi Capitals batted first against Dhoni’s Super Kings and scored 172 runs in 20 overs for the loss of 5 wickets. In reply, the target of 173 runs was achieved by Chennai Super Kings in 19.4 overs for the loss of 6 wickets. The team with the yellow jersey needed 13 runs in the last over to win. Dhoni made this task easy by scoring 3 fours. Chasing this in IPL 2021 was CSK’s sixth consecutive win. CSK have not lost a single match while chasing this season.

Wild dogs made deer their prey alone, see in the video who won in the end

RBI increased the limit of IMPS to 5 lakhs, know what will be the benefit of customers