Pakistan’s T20 team is a team of wrestlers, this veteran made a big statement on the fitness of the players 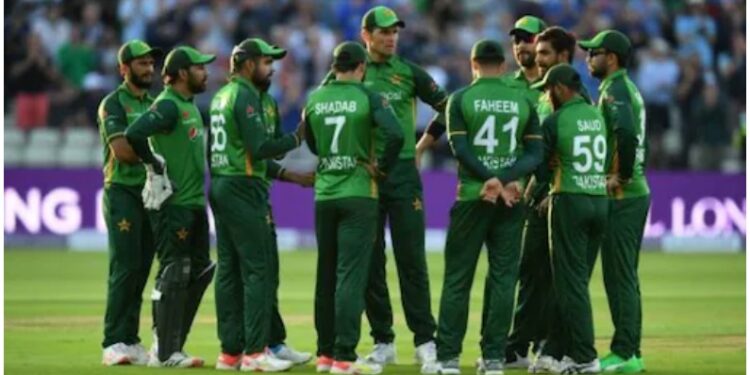 Gland made a clean sweep in the 3 ODI series against Pakistan. The 3-match T20 series between Pakistan and England is starting from today.

Aaqib Javed took a jibe at the fitness of Pakistan’s T20 team, also lashed out at the selectors

There are less cricketers, more wrestlers in Pakistan’s team. To believe this of a veteran cricketer of his own. The name of this Pakistani legend, who hunted the batsmen with his balls in the 90s, is Aaqib Javed, who has quipped about the fitness of the T20 team. Javed, a former bowling coach of Pakistan, has also slammed the team management and selectors. He said that he does not have any plan and policies, so that the team can be formed and the fitness of the players can be improved.

Aaqib Javed told Geo News of Pakistan, “The team management and selectors do not even know what they have to do. I see more players less wrestlers in T20 team. There are many players at the international level who have question marks about their fitness. The names of Sharjeel Khan, Azam Khan, Sohaib Maqsood are prominent among these players.

Pakistan team is currently playing limited over series on England tour. Aaqib said that the selectors named Sohaib in the T20 team on the basis of his performance in the PSL, without knowing which position he would play. If you watch the team, you will come to know that many players are of the same type. They are going to play in the same position. Shall we proceed like this?

Aaqib, who was the head coach in UAE, also praised the performance of the England team and the clear vision of its team management. He said that his emphasis was on better run rate. This was the reason why he got success. England made a clean sweep in the 3 ODI series against Pakistan. In the first ODI, England won by 9 wickets. He won the second ODI by 52 runs while the third ODI won by 3 wickets. The 3-match T20 series between Pakistan and England is starting from today.

Also read: IND vs ENG: BCCI will not take action even after Corona! Team India will have to complete Mission England without ‘him’