Pakistani man made fun of Sourav Ganguly, then the National Bank of Kenya stopped speaking, taunted Babar Azam too 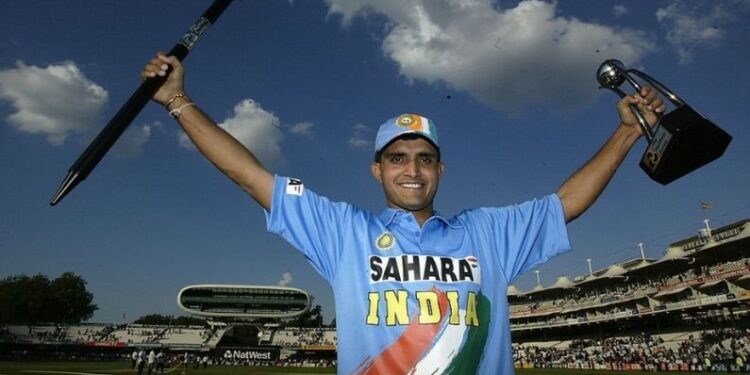 Pakistani fan tried to make fun of Sourav Ganguly on social media. But the Bank of Kenya gave a befitting reply and stopped speaking.

Sourav Ganguly is one of the great captains of India.

A Pakistani fan tried to make fun of former India captain Sourav Ganguly on social media. On this, the National Bank of Kenya gave a befitting reply to the Pakistani fan. Along with this, the debate about Virat Kohli and Babar Azam was also sharply taunted. A user named Waqar dragged the data against Sourav Ganguly’s Kenya while talking about the bank’s security protocols. He wrote, ‘I went to Bank of Kenya yesterday. The staff asked me for my fingerprint and mobile number. I asked why he has kept so much security. He said that a man named Sourav Ganguly took advantage of his weak bowling for years. I was shocked but not surprised.

In fact, a person named Waqar had taken a dig at Sourav Ganguly’s excellent figures against Kenya. According to him, Ganguly scored runs only against a weak team like Kenya. The former India captain has scored 588 runs in 10 innings against this team with three centuries and two half-centuries. The National Bank of Kenya gave a scathing reply to the tweet of the Pakistani man. It was written on his behalf, ‘Hello, we appreciate your humour. Ganguly was a great player. Tikolo was even better than him. And yes, one more thing. Kohli is greater than Babar.

Hi, we appreciate your humour. Ganguly was a great player, Tikolo even better. Oh, and one more thing. Kohli > Babar 😎 ^CK

After this the Pakistani man tweeted once again. The second time he wrote that according to his book, Virat Kohli is a bran. The Kenyan Bank also gave a strong reply on this. He wrote, ‘Exactly right. That’s why no one has heard about this book.

Babar Azam is number one in ODIs

Pakistan team captain Babar Azam had become number one in the ODI rankings recently and he strengthened his place by scoring a century in the England series. Due to this Babar Azam got 873 rating points. India’s captain Virat Kohli is at the second position. He has 857 points. Babar and Kohli are often compared. This is seen a lot in Pakistani media. But in the meantime, the fact is forgotten that Babar’s career has only just begun, while Kohli is one of the senior batsmen in the world and has been consistently among the top players for the last 10 years.

read this also: Whom Virat Kohli took in the team after 8 years, he was embarrassed by robbing fours and sixes