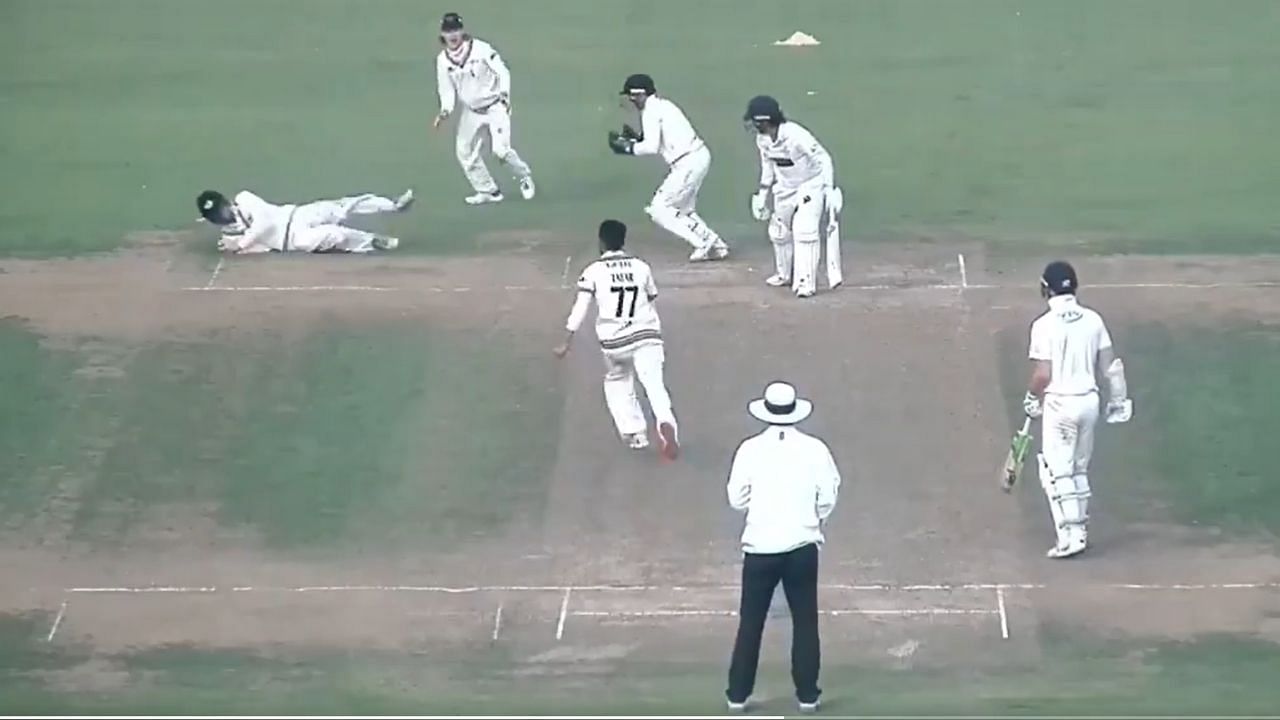 This bowler has played Test and ODI cricket for Pakistan and is now doing wonders with his balls in the County Championship.

Currently, the County Championship Division-2 match is being played between Glamorgan and Gloucestershire at Sophia Gordons Ground in Cardiff. In this match, a bowler has made it difficult for the batsmen to stay on the wicket. The name of this bowler is Zafar Gohor. This spinner from Gloucestershire did not allow Glamorgan’s batsmen to gain a foothold on the wicket. He did this feat in the second innings of the team. By the end of the third day, Glamorgan have lost six wickets in their second innings and scored 57 runs. Zafar has taken three wickets out of these six. He has so far bowled 10 overs in this innings, out of which six overs are maiden and only seven runs have been spent. However, Zafar did not get any wicket in the first innings. In the first innings, he bowled 17 overs and conceded 47 runs including two maidens but could not take wickets.

It is Glamorgan’s play after the last day of the match and given the kind of rhythm Zafar is showing, Glamorgan’s batsmen can be in trouble. The team is currently 53 runs behind Gloucestershire and has only four wickets left. The crisis of defeat by innings is looming on him. Zafar is a left-arm spinner from Pakistan. He has played one Test and one ODI for Pakistan. Glamorgan has lost the wickets of Hamish Rutherford (17), David Lloyd (17), Nick Selman (0), Eddie Byrom (8), Kieran Carlson (0), captain Chris Cook (6). Apart from Zafar, David Payne, Ryan Higgins and Gram van Buren took one wicket each.

The batsmen gave a strong score in the first innings to Gloucestershire. The team scored 419 runs in its first innings. Team captain and opener Chris Dent scored 75 runs in 153 balls with the help of eight fours. He was the team’s highest scorer. Apart from him, Tom Price scored 71 runs in 165 balls with the help of nine fours. Gram van Buren scored 65 runs. For this he faced 119 balls and hit 11 fours. Apart from all these, some other batsmen made important contributions and took the team beyond 400. Ben Charlesworth scored 44 runs. Ben Wells scored 40 runs. David Payne scored 34 runs. With this, the team took a 110-run lead over Glamorgan.

Such was the first innings of Glamorgan

Glamorgan scored 309 runs in his first innings. The team’s opening pair gave a strong start and added 136 runs for the first wicket. Hamish Rutherford contributed 62 runs, while the second opener Davy Lloyd scored 73 runs, Rutherford faced 130 balls in his innings and hit eight fours. David played 122 balls, out of which nine hit fours. Middle-order batsman Eddie Byrom faced 210 balls and scored 78 runs with the help of 10 fours. Apart from these three, no other batsman of the team could play a big innings.

This bowler caused havoc in CPL, stormed like Kieran Pollard- Tim Seifert piled up in a pinch, took the team to the final

Telecom companies can get a big gift from the government today, possible announcement in cabinet meeting

Earlier the distance from the majority, now the caste became the compulsion of the BJP, the Chief Ministers of these states can change before the elections!