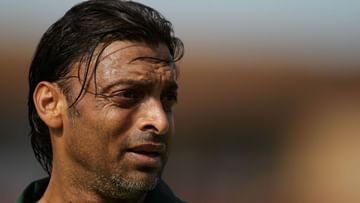 England batsmen scored 506 runs on the first day of the Rawalpindi Test, in which 4 batsmen also scored stormy centuries and thus made many records in their name.

The fate of the Pakistan cricket team rawalpindi test What the England batsmen did on the first day was beyond the expectations and thinking of every cricket connoisseur, every cricket lover. Especially in today’s era, it is not possible to imagine such a fate of a team in its own home. Still it happened. The inexperienced bowling attack of the Pakistani team was a major reason for this, but the biggest problem was the pitch of the Pindi Cricket Stadium. This is the reason why former Pakistan fast bowler Shoaib Akhtar, while showing mercy to the bowlers, lashed out at the Pakistan Cricket Board for the bad pitch.

Just before the match, the health of about 13-14 players in the England squad had deteriorated, due to which there was a danger of the Test not starting on time. However, on Thursday morning the players got fit and then they started thrashing. Mentioning this, Shoaib Akhtar also said that he was beaten so much when he was ill, if the health of England players was fine, they would have beaten Pakistan worse.

For the world’s fastest bowler Shoaib Akhtar, known as Rawalpindi Express, it must have been painful to see such condition of young fast bowlers of his own country at his home ground. After this situation, Akhtar posted a video and showed mercy on the bowlers and said that T20 bowlers will take time to get Test experience. Akhtar said,

Nothing (complaint) against the fast bowlers. He is the fast bowler of T20. He will have to work very hard to become a Test fast bowler. But the wickets (pitch) are also not helping them in any way.

Shoaib reprimanded the bad pitch and the attitude of the team. The veteran pacer further said, if you have to play for a draw, you have to survive, then you will have to score 700 runs. Two innings will have to be played. Pakistan cricket needs to think a lot here. It is very sad to see this.

Ever since the appointment of Brendon McCullum as the new coach and Ben Stokes as the new captain in the English Test team, England have changed the way they play. Another view of the same was seen in Rawalpindi and Shoaib praised him and said that Pakistan also needs a change in its mindset. They said,

Their coach Brendon McCullum does not think that Test cricket should be played intermittently. He says kill and they have been killing ever since. Liam Livingston, who is debuting for him, is also present at number seven. Pakistan cricket also needs a change in its mindset.

In this match, Pakistan got a total of 4 players, including three leading bowlers, to make their Test debut. Among them, only fast bowler Haris Rauf is such, who has got good experience of international cricket in ODIs and T20s. Only Naseem Shah had Test experience in Pakistani pace bowling, that too only 13 Tests. On top of that, the very flat pitch of Pindi Stadium and the opportunity to bat first made England’s job easier.


The English team, which was already a cause of fear due to its aggressive attitude, again took advantage of the inexperience of Pakistani bowling and scored a record 506 runs in just 75 overs on the very first day. Four players scored centuries from the team. In this way England set many other records including two world records in a single day.