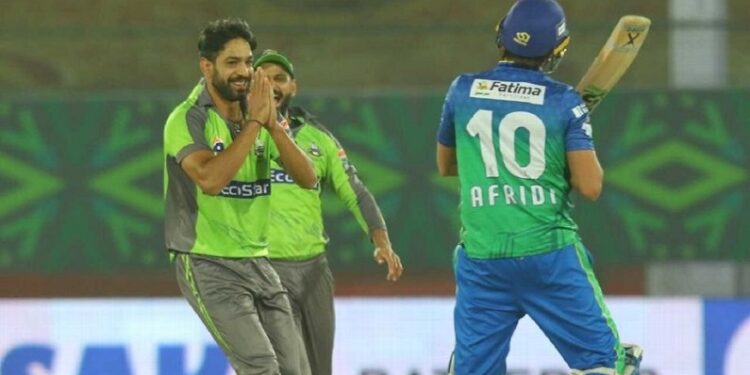 Such an amazing performance of a player in ODI cricket is not seen every day. Let me tell you who this Pakistani stalwart is.

This performance of Shahid Afridi is a milestone in ODI cricket.

Such jugalbandi with the ball and the bat is rarely seen in ODI cricket. And whatever happened in this match, only a world record could be saved somehow. All this was done by an all-rounder of the Pakistani cricket team. This is a well-known player, who keeps making headlines for his age and sometimes for his controversial statements. Let us wait longer, let us tell you which player we are talking about and will also tell why we are talking. Actually this is all-rounder Shahid Afridi and we are talking about his historic performance because on this day i.e. on July 14, in the ODI played on July 14, Afridi had made this memorable blast with the ball and the bat.

This match was played between Pakistan and West Indies on 14 July 2013. The match was on the ground of the Windies team. West Indies captain Dwayne Bravo won the toss and handed Pakistan the first bat. The visiting team played the entire 50 overs and scored an average of 224 runs for 9 wickets. It took only two half-centuries. First, captain Misbah-ul-Haq made 52 runs off 121 balls and waited for slow batting, then after that Shahid Afridi presented a completely different view of batting. Afridi scored 76 runs in just 55 balls with the help of 6 fours and 5 sixes. Thanks to him, Pakistan’s team was also successful in reaching a respectable score. Jason Holder bowled excellently for the Windies, taking four wickets for just 13 runs in 10 overs. There were also four over maidens in them.

The target was not very big, but still the West Indies started poorly. His three wickets, including Chris Gayle, had fallen for 7 runs. Although the amazing thing is that out of these three, Chris Gayle was run out, then fast bowler Mohammad Irfan showed the way to the pavilion to the remaining two batsmen. And then the spell wreaking havoc on Shahid Afridi began. One after the other, Afridi single-handedly made all the remaining seven batsmen of the West Indies team sit in the pavilion. The special thing was that Afridi was put on the attack after the 20th over and then the score of the Windies was 41 for 3 wickets. After this, due to the tremendous performance of Afridi, in the next 19 overs i.e. in total 41 overs, the entire team was reduced to 98 runs. Afridi took 7 wickets for 12 runs in 9 overs. This was the second best performance in ODI cricket history. Earlier, Sri Lankan fast bowler Chaminda Vaas took 8 wickets for 19 runs in 8 overs against Zimbabwe in Colombo on 8 December 2001.