Pakistan shaken after being eliminated from England B team, coach said – there is a lot of worry, I do not understand why…

The pressure on Pakistan coach Misbah-ul-Haq has increased after the series loss against England. 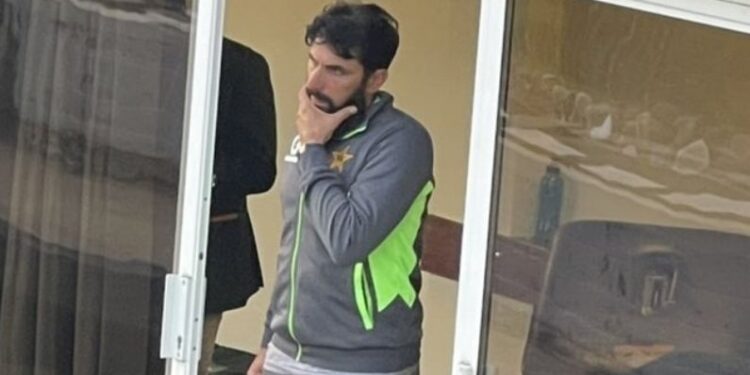 Before the series against Pakistan, all the main players of England were isolated due to Corona. On this occasion a new 16-member team was announced. Despite this, Pakistan could not win.

Pakistan head coach Misbah-ul-Haq on Wednesday admitted that the 3-0 defeat at the hands of second-rate England team in the ODI series demoralized his team. And he got very worried. Pakistan was defeated by three wickets even after scoring 331 runs in the third ODI. With this, England defeated them 3-0 in the three-match series. Misbah said in a virtual press conference, ‘Our confidence was boosted by the good performance in the recent series. We felt that we were going in the right direction but this defeat lowered our morale. Now it seems that we have come back to zero but we will find a way to move forward. I didn’t understand why the team was in such poor form in this series and lost momentum. As a head coach, this is a cause of concern for me. What to say about such a performance? Nothing can be said in its defense. We are all responsible. Players, coaches, support staff all.’

Before the series against Pakistan, all the main players of England were isolated due to Corona. Seven members of the England team were found to be Corona positive. In such a situation, the rest of the players were also isolated. Due to this, the England board had to announce a fresh 16-member team on the last occasion. Six-seven of these players were such that they had never played for England before. But despite this Pakistan could not win. Misbah said after the loss, ‘We could not handle the condition in the first two matches and in the third match we had a score that could have been saved but the bowling and fielding disappointed. We dropped easy catches.

Misbah said – we deserve to compete with the top-4

The coach of Pakistan admitted that the condition of the team is not right now but the process of creating a pool of dependable players is going on. He also defended the players of the team. He said, ‘I don’t understand why we lost momentum just before this series. But I believe we can compete with the top four teams. That’s what we did recently against South Africa. Misbah believes that it is normal to blame the captain and the coach after a bad result but if the game is not played according to the plan, then everyone is responsible.

read this also: ENG vs PAK: After ODI, Pakistan will also be beaten in T20, now England’s ‘real team’ has come to take over