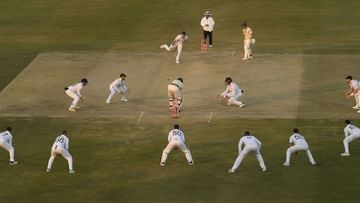 The Test match between Pakistan and England was played in Rawalpindi, in which it rained and the pitch of this ground was flat, which was described by the match referee as below average.

The Pakistan Cricket Board has got a big relief from the International Cricket Council (ICC). The ICC had earlier given demerit points to the Rawalpindi pitch but has withdrawn the appeal after the PCB’s appeal. The ICC gave this information on Monday. In the Test match played on this ground between England and Pakistan, there was nothing for the bowlers and both the teams scored runs. After this, the ICC gave demerit points to this pitch.

Andy Pricroft, who was the referee in this match, described this pitch as average and said that there was nothing for the bowlers on this pitch, so the batsmen of both the teams scored runs, so this pitch was rated below average. goes.

After the referee’s report, the ICC gave one demerit point to this pitch. The Pakistan Cricket Board had appealed against this, which has benefited them. Paying attention to Pakistan’s appeal, the ICC looked at the pitch and took back the demerit points it had given. The ICC said in its statement, “After reviewing the footage of the Test match, the ICC panel was of the unanimous opinion that there were a number of factors in the pitch which would have proved that the result of the match could have been achieved and therefore out of 39 37 wickets fell in this match. It is for this reason that the Appeal Panel is of the view that the pitch does not deserve the below average rating which was given to it earlier.”

The ICC now gives demerit points to pitch complaints and if this happens continuously, the ground is banned from hosting international matches for some time. When Rawalpindi got demerit points, there was a danger of this happening on this ground too, but now it has been averted.

England had won this match by showing a great game. However, no one expected that the result would not come out in this match. England captain Ben Stokes forced Pakistan to defeat with his aggressive captaincy. England had scored 657 runs while batting first. Pakistan had scored 579 runs in their first innings. After this, England had scored 264 runs losing seven wickets and had given Pakistan a target of 343 runs, in front of which Pakistan’s team was all out after scoring 268 runs. If England did not win this match, then there could be trouble for Pakistan. And then maybe demerit points would have come in Rawalpindi’s account.