Pakistan got another defeat, then the dam of patience of the former captain was broken, told an earthquake-like shock 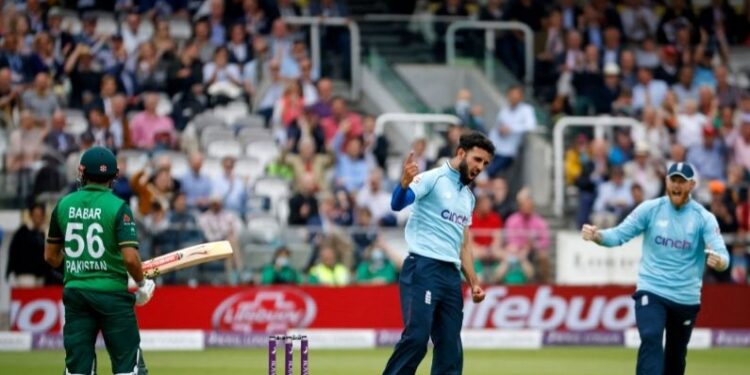 The Pakistan cricket team also suffered a defeat in the second ODI, giving England an unassailable 2-0 lead in the three-match series.

Pakistan Cricket Team has suffered another crushing defeat in the second ODI against England and this defeat has also snatched the series from it. England defeated Pakistan by 52 runs in the match played at Lord’s Cricket Ground and took an unassailable 2-0 lead in the series. He won the first ODI by nine wickets. This defeat has once again angered the former players of Pakistan. Former captain Rameez Raja has strongly criticized the Pakistan team after this defeat.

Raja has described the defeat of Pakistan as a shocking defeat. What is troubling to Raja is that the second team of England, which does not include many of its main players, has given Pakistan such a defeat. Before this series, Corona was infiltrated in the England team, due to which the team was quarantined and that is why the England and Wales Cricket Board chose a new team under the captaincy of Ben Stokes.

This defeat will be counted as 15 on the Richter scale

Raja has said that if this defeat of Pakistan is calculated on the Richter scale, then it is like an earthquake of 15 magnitude. Talking on his YouTube channel, Raja said, “If you measure this series defeat of Pakistan on the Richter scale, then its intensity will be around 15. This is a huge defeat and I don’t understand how anyone can defend it. As far as talent is concerned, this is England’s No.2 team.

If you don’t wake up now then when

When England selected their second team, everyone felt that the Pakistan team, captained by Babar Azam, was a strong contender to win the series. But now the situation is that England is standing on the cusp of cleaning the Pakistan team. He said, “This protest cannot be defended. If you don’t wake up now, I don’t know when you will wake up. This is the year of the World Cup, although it is the T20 World Cup, Pakistan fans will not tolerate such headlines.

Before the England series, this former Indian player said a big deal about Rohit Sharma’s place in the Test team, know what he said