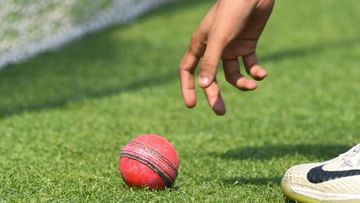 When it comes to luck in cricket, the name of Mahendra Singh Dhoni first comes to mind. but, new zealand This cricketer was more fortunate than Dhoni. The name was Chris Pringle, whose birthday is today i.e. 26 January 2023 is his 55th birthday. The story of this former fast bowler of the Kiwi team is such that you will just get giddy. The year was 1989-90. The New Zealand team was on a tour of England. When Pringle, who was present in Headingley at that time, came to know about his team’s arrival in England, he became desperate to meet the players of his country. They met too. After the meeting, they were also going to ask for the match ticket. But, luckily, he got to wear the team jersey instead of the match ticket.

The Pringle who only wanted to watch the match was about to play for New Zealand in that match. This was possible because many Kiwi cricketers who went on tour at that time were injured. The team had a shortage of bowlers. Who would be Richard Hadlee’s partner, the question was in front. And, as an answer to this question, the New Zealand team management was shown as Chris Pringle. The team offered him to play and thus he made his debut in international cricket.

Chris Pringle started bowling with Richard Hadlee in the very first match. He took 2 wickets for 45 runs in the first match, which included the wickets of Graham Gooch and Jack Russell. After this, he could take just 1 wicket in the next match. ODI debutant Pringle, however, could not make his Test debut on this tour. For this he had to wait for the 1990 tour of Pakistan.

Pringle, who made his ODI debut against England, made his Test debut against Pakistan in Karachi. He took 2 wickets in the debut test played in Karachi. After this, the second Test was played in Lahore, where also he took 2 wickets. The third Test took place in Faisalabad, where Pringle took 7 wickets for 52 runs in 16 overs. After this, he took 4 wickets for 10 runs in the second innings as well. However, even after these efforts of Pringle, New Zealand lost the match by 65 runs.

After playing his last Test in 1995, Pringle made a big disclosure regarding the Faisalabad Test. He admitted that the ball was tampered with in that Test, which he did. But at the same time also said that the Pakistan team was also spoiling the ball.

Pringle’s historic performance in ODI cricket was against Australia in the year 1990, when the Kiwi team won by scoring 194 runs due to his sharp bowling. It was the last over of the match. Australia needed 2 runs. In such a situation, Pringle took command of the bowling and he did what he should have done. He bowled that over maiden. Means by longing for Australia, they made New Zealand win.

Tiba Al-Ali had a large number of followers on YouTube. She used to upload the…