PAK vs ENG: Imran assures PCB, will not create ruckus in Rawalpindi test 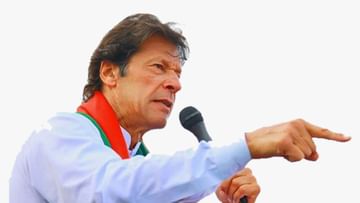 Former Pakistan captain Imran Khan was fatally attacked last week. Now he is about to start his rally again.

Pakistan team is going to host England after almost 17 years. England cricket team is going to play three test matches. However, the PCB was facing difficulties regarding the first match to be played between the two teams. The reason for this was the former captain of the team, Imran Khan. Cricketer-turned-politician Imran Khan is going to hold his rally only during the Test match to be held in Rawalpindi. However, he has assured the PCB chairman and the British High Commissioner that the rally will have no impact on the match.

The first Test between Pakistan and England in Rawalpindi from December 1 to 5 will go ahead as scheduled despite the possibility of political instability in the city and neighboring Islamabad. Sources gave this information. Imran’s party has planned to organize a big rally in these two cities on 26 and 27 November. The second Test will be played in Multan from December 9 to 13 and the third Test in Karachi from December 17 to 21. The England team is visiting Pakistan for the first time in 17 years.

The first test match will be held in Rawalpindi only.

The decision to hold the Test at the Rawalpindi stadium was taken after Pakistan Cricket Board (PCB) chairman Rameez Raja and the British High Commissioner in Pakistan met with Imran Khan, the president of the main opposition party. According to sources, former Pakistan cricket captain Imran has assured Rameez and the British High Commissioner that there will be no disruption in the match and there will be no threat to the safety of the England players.

Imran gave instructions to the workers

The source said, Imran told Rameez that the Pakistan Tehreek-e-Insaf party workers coming to Islamabad and Rawalpindi should not hold any rally or protest near the Rawalpindi Stadium or the hotels of the two teams in Islamabad. . Concerns were raised about the PCB’s decision to hold the Test match in Rawalpindi as political parties have in the past used international matches to promote their agenda.


Due to political instability, if the security officials of the England team or the local administration had any concerns about the security of both the teams, then the PCB had prepared an alternative plan to move the first test. The England team is currently training in Abu Dhabi and will reach Islamabad on 27 November. Pakistan Tehreek-e-Insaf has asked its workers to assemble in Islamabad on this day.