Out of Team India for 6 years, throws the ball at the speed of the bullet, now said – I will play for India again, I am 31 now 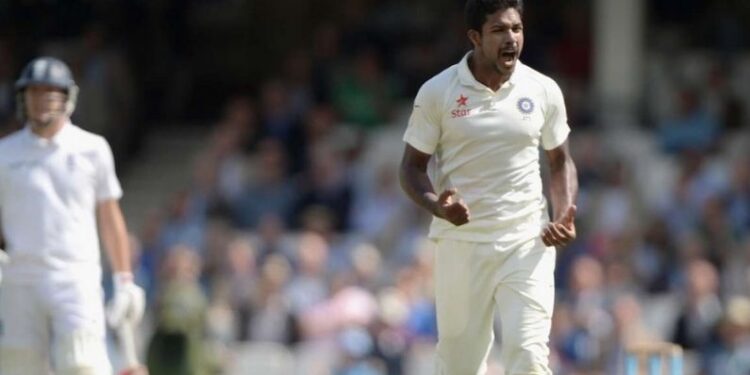 Varun Aaron has played nine Tests and nine ODIs for India. In this, he has 29 wickets to his name.

The identity of Varun Aaron is that of a bowler bowling at a speed of 145 kmph.

Fast bowler Varun Aaron last played in the Indian team in 2015. But he still hasn’t given up hope of a comeback. Varun Aaron says that he is just 31 years old and feels as strong as ever. The fast bowler says that the careers of players like Michael Hussey and James Anderson have flourished only after the age of 30. In such a situation, he sees no reason why his career cannot be like this. In an interview given to Sportskeeda, Varun Aaron said, ‘I am 31 years old but I do not think I am 31 years old. In the last 10 years, three-four years have been spoiled due to injuries. So mentally and physically I am only 26 or 27 years old. If I keep playing continuously for 10 years, I will probably say that I am old. This is the problem nowadays. Many international players are at their best when they are 35-36 years old and this gives motivation, discipline and a desire to work hard.

He further said, ‘I think India is the only place where you cannot do certain things when you are 30 years old. I don’t think this happens in other countries as well. Michael Hussey played for Australia after 30 years, Anderson is still playing he is 38 years old. Nobody questioned. There is no reason why a well-trained player can’t perform after 30 years. I am training harder than ever. I don’t think there is any reason why I can’t get fit.

Aaron said – there is no decrease in speed even after injuries

Varun Aaron thinks he can play Test cricket for India again. He says that even after several injuries, he has not reduced the speed. According to Aaron, ‘I completely feel that I can play Test for India. If you are bowling fast, you have to bowl fast from the first spell to the last spell. I think you are considered a fast bowler if you bowl at an average speed above 140 kmph throughout the test match, that means you have to bowl continuously above 145 kmph. I know I can do that.

Varun Aaron has played nine Tests and nine ODIs for India. In this, he has 29 wickets to his name. He last became a part of the Indian team in the 2015 Bangalore Test against South Africa.

read this also: Scored a century in the first match, got shorts in reward, saved India from defeat in the second match and won in the third, yet career ended in 6 months