Out of Team India for 4 years, now wreaked havoc, got Saurashtra the final ticket 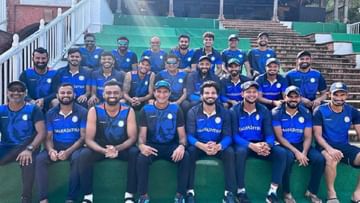 Saurashtra defeated Karnataka in the first semi-final of Vijay Hazare Trophy 2022 to enter the final. The hero of Saurashtra’s victory was its captain Jaydev Unadkat, who took 4 wickets for 26 runs in 10 overs and on the basis of his performance, a strong team like Karnataka succumbed. Batting first, Karnataka scored just 171 runs, in response Saurashtra’s team achieved the target by losing five wickets in 36.2 overs.

Apart from Jaydev Unadkat, Saurashtra batsman Jai Gohil contributed significantly to the team’s victory by scoring 61 runs. Prerak Mankad was dismissed for 35 and Samarth Vyas for 33. In the end, Chirag Jani and Arpit Vasavada remained unbeaten after scoring 25 runs.

Jaidev Undakat not selected in Team India for 4 years

Saurashtra has performed amazingly under the captaincy of Jaydev Unadkat. This team has reached the final of Vijay Hazare Trophy for the third time. The big thing is that Jaidev, who has done well for the team, has not got a chance in Team India for the last four years. This player played the last match for India in 2018. Although Jaydev is doing well in first class and List A cricket.