Out of Team India, 34-year-old player wants to become ‘youth’ again, said this on his return 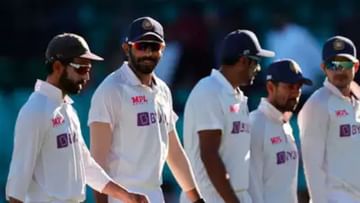 Ajinkya Rahane has also captained the Indian cricket team and under his captaincy, Team India won the Test series in Australia. But these players are currently running out of the Test team.

Ajinkya Rahane is walking out of the Test team.

There was a time when right-handed batsman Ajinkya Rahane used to be an important part of the Indian cricket team. He was a strong pillar of Team India’s batting from ODI to Test but then he went out of the ODI team and then due to poor form, his leaf was also cut from the Test team. Rahane is constantly trying to make a comeback in the Indian team. He has said that he is trying to become the batsman he was in his younger days.

The Mumbai skipper, who captained the Indian team, has embarked on a journey of self-discovery and Rahane feels it is working for him as he has scored 532 runs at an average of 76 in five Ranji matches this season. His best score was 204 runs.

Rahane wants to be young

On the eve of the Ranji Trophy match against arch-rivals Delhi, Rahane said during a conversation with news agency PTI, I was thinking about the old times. When I came in the Ranji team for the first time (in 2007). How I used to play, what was my thought process. I am planning again and I am trying to be the Ajinkya that I used to be in my early days. I just want to keep things simple.

Rahane, who was dropped from the Indian team for the tour of South Africa early last year, admitted that he has made some changes in his technique. Small changes, of course, he said. You have to constantly develop as a player and keep working on your strategies and improving. No big changes but small changes, skill wise, now I have to think for Mumbai and do well for them. That’s exactly what’s on my mind.

He said that he cannot be selfish and think only about his batting. The 34-year-old player, who played 82 Tests, 90 ODIs and 20 T20 matches for India, said, I am thinking but preparation matters a lot to me. The preparation has been very good even before the Ranji season.

Rahane understands Prithvi Shaw’s joy at his return to the T20I squad after experiencing top-level international cricket, as well as Sarfaraz Khan’s neglect despite scoring over 900 runs in two consecutive seasons. Asked what advice he has for Prithvi or Sarfaraz ahead of an important Ranji match, Rahane said, “My advice to them would be simple.” Control the things that can be controlled and don’t focus on the things that are not in your hands. Just try and be in the present moment and don’t think too far ahead.