Only 6 officials from every country will participate in the opening ceremony of Tokyo Olympics, leaders of 15 countries will be involved. 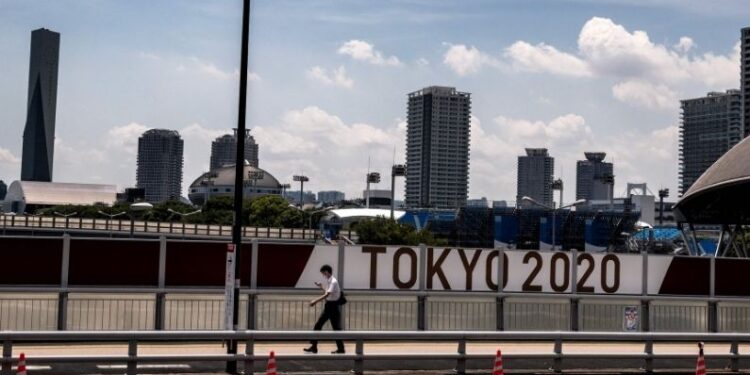 Tokyo Olympics to begin on July 23

Leaders of about 15 countries are expected to be present during Friday’s opening ceremony of the Tokyo Olympic Games affected by the COVID epidemic. At the same time, only six officials from all countries will get a chance to participate. IOA Secretary General Rajeev Mehta has confirmed this, who attended the meeting of Chef de Mission. On Tuesday itself, the organizing committee of the Tokyo Olympics had expressed fears that the Games could be canceled if the cases of Corona continued to grow like this.

According to reports coming from Japan, the number of people who will be personally present in the stadium during the ceremony can be around 1000. The Kyodo news agency quoted Japan’s Chief Cabinet Secretary Katsunobu Keto as saying that as part of the organizers’ effort to control the risk of infection from the COVID-19 epidemic, there was a plan to limit the presence of people during the opening ceremony at the national stadium. The decision has been taken.

Only six players will be involved from each country

For this reason, only six officials from each country will participate in the opening ceremony. Kaito said that about 70 cabinet-level officials are also expected to visit Japan. He said that there is still uncertainty about how many VIPs will be present during the inauguration ceremony. French President Emmanuel Macron, Mongolian Prime Minister Luvsanamsarai Ouyun Erden and US First Lady Jill Biden and other global leaders have promised to attend the opening ceremony.

Many leaders had to cancel the trip

However, due to rising cases of corona virus in Japan, many leaders were forced to cancel their visits for the Grand Kumbh of the Games. Chief Cabinet Secretary Kaito said the Games would give Prime Minister Yoshihide Suga a valuable opportunity to strengthen ties with global leaders. The Tokyo Games, which were postponed last year, will be held amid a state of emergency and during this time spectators will not be allowed into the stadium.

Brisbane gets hosting of 2032 Olympics, Australia will have ‘Game of Games’ for the third time