Only 3 made talk, rest 4 empty handed, these hit teams of IPL will show their power in WPL 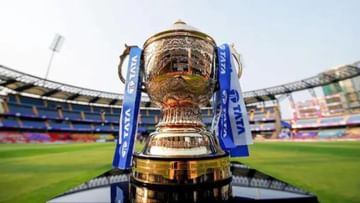 Out of the 10 franchises of IPL, 7 had submitted a claim to buy the franchise of the Women’s T20 League. Only CSK, GT and LSG did not claim it.

Teams of MI, RCB and DC will also be seen in WPL.

Women’s IPL is no longer a dream, it has become a reality. Not even the Women’s IPL, but the Women’s Premier League or Women’s Premier League (WPL). On Wednesday, January 25, the Board of Control for Cricket in India, along with the announcement of WPL, also announced its 5 franchises. BCCI auctioned 5 franchises for Rs 4669.99 crore, under which teams from Ahmedabad, Lucknow, Mumbai, Delhi and Bangalore will compete in this new tournament. Apart from many companies, 7 franchise owners of IPL also bid in this auction, but not everyone’s luck opened.

The BCCI on Wednesday announced the 5 winning contenders in the auction, in which Adani Sportsline bid Rs 1289 crore for Ahmedabad and thus bought the costliest franchise of WPL. At the same time, Capri Global Holdings bought the franchise of Lucknow at a cost of 757 crores. It proved to be the cheapest franchise in the auction. It is a matter of coincidence that both the companies are becoming a part of BCCI’s franchise cricket for the first time.

Only 3 IPL franchises are successful

Apart from the most expensive and cheapest franchise, everyone wanted to know which IPL franchise is successful in making a team in WPL. For this, first they tell which franchisee owners had presented the claim. 7 out of 10 IPL franchises – Mumbai Indians, Royal Challengers Bangalore, Sunrisers Hyderabad, Delhi Capitals, Punjab Kings, Rajasthan Royals and Kolkata Knight Riders had bid to buy franchises in WPL.

Due to the option of only 5 franchises, only 3 of them got success and KKR, Rajasthan, Punjab and SRH had to return empty handed.

Among the IPL teams, the highest bid of Rs 912 crore was made by IndiaWin Sports, a Reliance Industries company owned by Mumbai Indians, and bought the Mumbai franchise itself. At the same time, RCB also acquired the franchise of Bengaluru in WPL with a bid of 901 crores. Similarly, Delhi Capitals bought Delhi’s franchise with a bid of Rs 810 crore.

Kolkata as a venue is still open! Its just a matter of time before we bring WPL to Eden.

apparently it failed IPL The franchisees reassured their fans that they would try again. Kolkata Knight Riders was one such franchise, which failed this time, but seeing the Kolkata franchise not being sold and the possibilities of expansion of the league in future, KKR assured that they would try for it again.