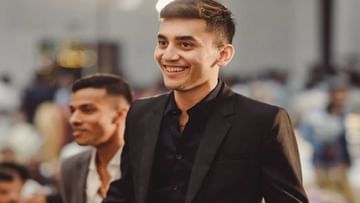 India’s star badminton player Lakshya Sen has been accused of age forgery. An FIR has also been lodged against his family and coach.

Last week, India’s top badminton player Lakshya Sen was accused of age fraud. An FIR was also registered against Lakshya. After the star player got caught in this matter, now the secrets of the world of badminton have started to open. According to the news of The Bridge, some national level players and coaches have claimed that at present age fraud is prevalent at all age levels. In such a situation, Lakshya is not surprised by such allegations against Sen.

A national level player from Madhya Pradesh said that while TW3 test can be an easy solution to identify the accused, but this test is not done at the state and national level. This player said that during the under 15 state level tournament in 2018, one of my opposition players had a beard and moustache. I asked the referee to get his bone test done, but the referee said that the player has given the birth certificate.

2 aadhar cards of one player

The national level player further said that after 2 years, a 20-year-old player appeared in front of me in Under-17. During the tournament, that player showed 2 different Aadhaar cards with two different dates of birth. On the other hand, a senior coach said that the forgery of age started since the government started sports quota in the job. Many veteran Indian players also reduced their age by 3 to 4 years.


Case filed against family and coach

In the case of Lakshya Sen, FIR has been registered against many people. In this case, apart from Lakshya, his parents, brother and coach Vimal Kumar are trapped. The person who has lodged the complaint, his name is Nagaraja. He says that in 2010, Lakshya’s coach and his parents got a fake birth certificate made. According to the birth certificate, Lakshya was born in 2001, while according to Nagaraja, Lakshya was born in 1998.