One and a half years have passed, when will the wait for 50 international innings end? Question to Rohit Sharma 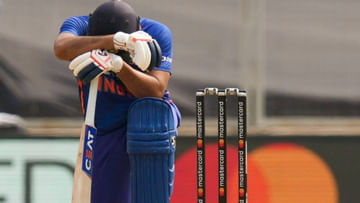 Rohit Sharma has centuries in all three formats of cricket. He is the batsman with the most centuries in T20 format. But, even after this, he seems to be craving for a century.

Gautam Gambhir raised questions about Rohit Sharma not being able to score a century.

The fruit of waiting is sweet. But, before that the dam of patience, it cannot be said when it will break for cricket fans and critics. We saw the patience of the fans breaking during the drought of Virat Kohli’s century. Saw people reacting to it. And, now Gautam Gambhir has started the same series. Rohit Sharma Has done with regard to Actually the same is happening with Rohit Sharma, which was happening with Virat Kohli. His wait for the century has been going on for the last one and a half years.

Rohit Sharma has centuries in all three formats of cricket. He is the batsman with the most centuries in T20 format. But, even after this, he seems to be craving for a century. Like Virat Kohli, he is scoring runs with the bat. The fifties are also rooted. But could not convert it into a century.

No matter how lively a batsman Rohit Sharma is, but in the last 50 innings of international cricket, he is lifeless for a century. He scored his last century in September 2021 against England at the Oval. Since then 50 innings have passed but there are no centuries in his name. This is the reason why Gautam Gambhir is now seen saying that Rohit’s century drought should be talked about in the same way as it was about Virat Kohli.

After the ODI series between India and Sri Lanka, Gautam Gambhir told Star Sports, “I think we should look at Rohit from the same point of view as we looked at Virat Kohli when he did not score a century for three and a half years. Were able to put We should be tough against Rohit like Virat because 50 innings is enough in international cricket.

Please tell that Rohit Sharma was involved in the 3rd highest run scorer in the ODI series against Sri Lanka. During this, where the names of the top 3 batsmen registered centuries. At the same time, the century was missing in front of Rohit’s name.