On whom Shahrukh Khan looted crores, he did not recognize the Bollywood king in the first meeting 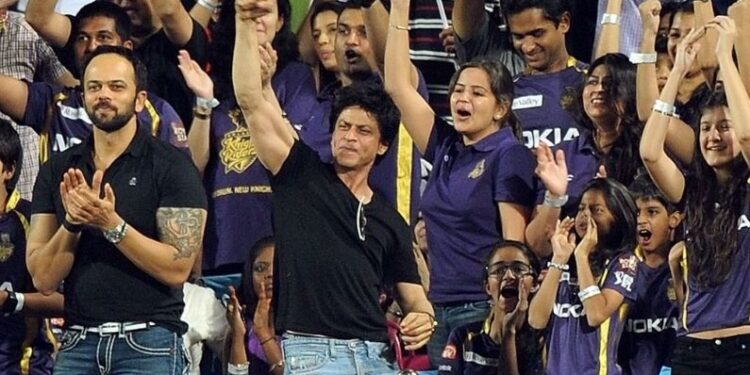 Shahrukh Khan is the owner of the Kolkata Knight Riders team and is often seen cheering the team while sitting in the stands.

At present, Pat Cummins is counted among the best bowlers in the world. His records in all three formats of the game are excellent. It is not easy for any batsman to face him. Every batsman becomes more alert as soon as he comes in front of him. This is the reason why every team wants to join them. His hallmark has been seen in the IPL. Kolkata Knight Riders had bought Cummins for Rs 15.5 crore while fighting the rest of the teams in the auction and he was the most expensive overseas player of the IPL at that time. Since then he has been playing for Kolkata only.

The owner of Kolkata is Bollywood star Shah Rukh Khan and apparently knows about Cummins and is likely to be a fan of his. But Cummins was not aware of the King of Bollywood. While meeting Shahrukh on one hand is anyone’s dream, Cummins did not even know about him when he met Shahrukh for the first time.

I think he is a cool person

When Cummins was recently asked about his first meeting with Shahrukh, he said that he did not know him. Cummins told Anubhav Jain on the show, “The first time I met Shah Rukh, I didn’t know who he was. I think I was 18 and 19 years old, I had never seen a Bollywood movie. I had heard that Shahrukh Khan is the owner of the team. It was quite strange. I was wondering who this cool guy is. His aura is quite different and he had a lot of security guards.”

The fast bowler said that Shah Rukh Khan lets the players enjoy the game and never puts pressure. He said, “In the last few seasons, he was not in the bubble, but he helps through Zoom calls. As a leader and team owner, you can’t ask for anything more than this as he asks his players to just enjoy the game and play freely which is very rare.”