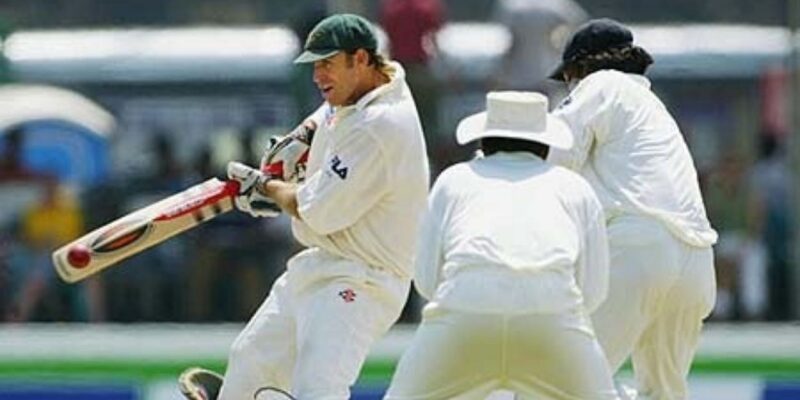 Brian Lara scored 375 runs in a Test match against England in 1994. This was the highest score made by any player in a Test match at that time. His record remained for a long time. After seven years his record was broken by an Australian player. The name of this player is Matthew Hayden. Hayden did this work on this day. He broke Lara’s record against Zimbabwe. Hayden broke the back of Zimbabwe’s bowlers and broke Lara’s long-held record while hurling runs on the pitch at the WACA Stadium in Perth. In On This Day, today we talked about Hayden’s innings. Batting first in this match, Australia declared their first innings at 735 for the loss of six wickets.

In this, 380 runs alone belonged to Hayden. He hit 38 fours and 11 sixes in 437 balls. Hayden batted for 622 minutes and scored runs at a strike rate of 86.95. With this, he broke Lara’s record and held the record for the highest individual score in Test cricket. He did this on the second day of the match. Hayden returned unbeaten on 183 on the first day and broke Lara’s record on the second day. He returned to the pavilion shortly after breaking the record. Trevor Gripper had shown him the way to the pavilion and with this Australia declared their innings. Hayden was supported by Adam Gilchrist, who scored 100 runs in 84 balls.

such was the match

Australia had created a huge score on the basis of Hayden’s record innings. Zimbabwe’s team was completely broken in front of this huge score and they had to face defeat by an innings and 175 runs. Zimbabwe had scored 239 runs in the first innings. For this the most runs were scored by the gripper. Gripper played an innings of 53 runs in 135 balls with the help of five fours. Craig Wishart was dismissed on a personal score of 46 runs. For Australia, Brett Lee and Jason Gillespie took three wickets each. Andy Bickell and Stuart McGill had two successes each. Australia gave a follow-on to Zimbabwe. In this innings, however, Zimbabwe’s batsmen did better than the first innings. Captain Heath Streak scored an unbeaten 71, Shaun Erwin scored 53 runs. Mark Vermeulen scored 63 runs. Zimbabwe’s team managed to score 321 runs in this innings. Bickel took four wickets in this innings. Darren Lehmann achieved three successes. Jason Gillespie took two and Brett Lee took one wicket. Hayden was adjudged man of the match for his brilliant innings.

IPL 2021: These players have scored the most fifties in the league round, know which star batsman is the top

Tata has all these challenges as soon as he buys Air India, will the ‘Maharaja’ be able to fly his dreams?

This farmer of Madhya Pradesh earns Rs 32 lakh annually by selling guava, the weight of a guava is more than one kg