On returning to the ground where he had to go to jail, the Pakistani bowler took 10 wickets, gave a crushing defeat to England. 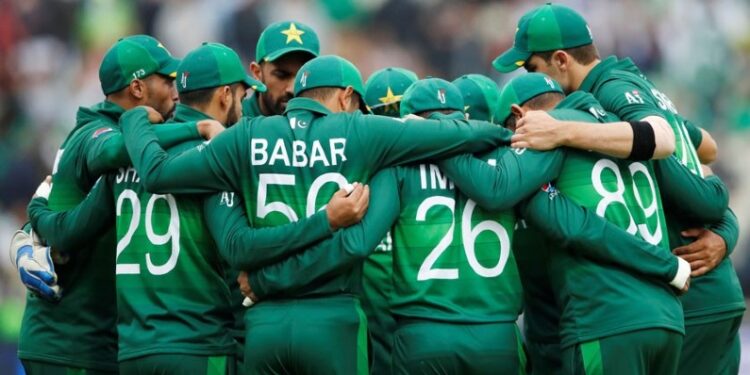 It was an emotional moment for the Pakistani cricket team. Defeating England at the Mecca Lords of cricket is not an easy task for any team.

Mohammad Amir was caught in the spot-fixing case on this ground.

It is said that the one above definitely gives a second chance. He also gave Pakistani bowler Mohammad Amir (Mohammad Amir) another chance to wash the stain on him. The year was 2016. The ground was the Mecca of cricket ie Lord’s and the team in front was England. The Pakistan team had come to play their first Test match on this tour of England. Lord’s was the same ground where Pakistani bowler Mohammad Amir was tainted with spot-fixing in 2010. And, in return for which he had to go to jail. After 6 years i.e. in the year 2016, the fate gave another chance to Amir to shine and win Pakistan at the same Lords. Aamir grabbed this opportunity with both hands. In the first Test of the tour against England, Pakistan blew the bugle of victory, in which Amir and his teammate Yasir Shah had a big hand.

Pakistan batted first in the match. Misbah-ul-Haq, who was the captain of Pakistan on the tour, scored a brilliant century. He played an unmatched innings of 114 runs. Thanks to Misbah’s captaincy innings, Pakistan scored 339 runs in the first innings. Chris Woakes took the maximum 6 wickets in the first innings for England. Now it was England’s turn. In response to Pakistan’s 339 runs, England’s first innings was reduced to 272 runs. For England too, his captain Alastair Cook scored the highest 81 runs, which Mohammad Amir made his victim after seeing the danger. This was Amir’s only wicket in this innings but the biggest wicket taken by England’s batting line-up. Pakistan’s most successful bowler in the first innings was Yasir Shah, who made 6 batsmen his victim.

Amir and his ‘Yaar’ keep England 75 runs away from victory

England started chasing the target. She crossed the threshold of 200 runs on the 5th day of the test match i.e. on 17 July 2016 but could not achieve the target. When victory was 75 runs away, the England team was all out. Mohammad Amir, along with his fellow bowler Yasir Shah, was successful in keeping him away from the target. Amir did not let England’s talents become a headache for the team in the second innings, while Yasir Shah wrapped the middle order of the hosts in such a way that the spine snaps.

This 75-run victory for Pakistan at Lord’s was big after 6 years of suffering the pain of spot-fixing. It was an emotional moment for the Pakistani cricket team. Defeating England at the Mecca Lords of cricket is not an easy task for any team. But, Pakistan did it on the basis of Yasir Shah’s 10 wickets and Misbah’s century in the first innings. Mohammad Amir also played his role in the victory by taking 3 wickets in the match. And with this, he left behind the bitter memories he got at Lord’s in 2010.