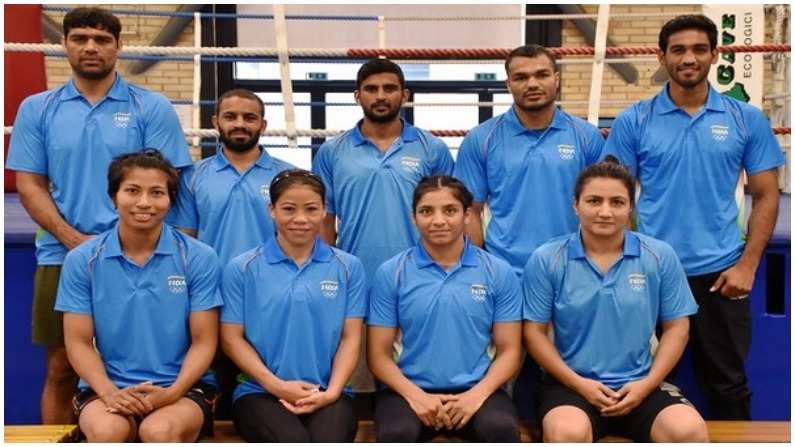 The team of Indian boxers left for Tokyo from Italy on Saturday. The Boxing Federation has tweeted about their arrival in Tokyo.

Tried in Italy, tried and tested, the ring of Tokyo will be seen. Because now is the time for boxers of India to show their strength. Knockout the opponent with your punch. And in doing so, to punch the medal of the Olympics, for which 9 Indians have reached Tokyo. The Tokyo Olympics are to be held from 23 July to 8 August. Indian boxers have worked hard in Italy for the story of the medal from the punch in the boxing ring of this great Kumbh of sports.

The team of Indian boxers includes 5 male boxers and 4 female boxers. In men’s boxing, Amit Panghal will be India’s biggest hope in the Tokyo ring, lashing out at the 52kg category. At the same time, Vikas Krishnan will be a big hope in 69 kg. Vikas has full experience, just this time the task of winning the medal which was left unfinished in the last Olympics, will be a challenge to return after completing it.

Expectations will also be from the quartet of women boxers, in which 6-time world champion Mary Kom is the biggest name. Mary Kom has seen the glow of copper in the Olympic ring. But this time the insistence is to make his last Olympics memorable with the glitter of gold. Mary will play her punches in the 51kg category. Apart from Mary Kom, eyes will also be on Pooja Rani in the 75 kg weight category.

A day before the Indian boxing team, the shooting team has also reached Tokyo. The good thing is that both these teams do not need to be in quarantine. This means that they can start their training.

Also read: T20 World Cup 2021: ‘Chance-chance’ against Pakistan, but Team India can cheat due to IPL! this giant warned