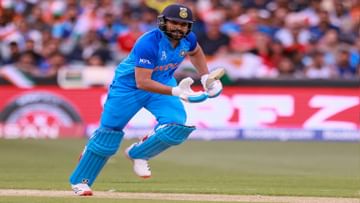 Team India is facing the brunt of wrong strategies, after the Asia Cup-T20 World Cup, the New Zealand ODI series also got out of hand. Know what is the biggest problem after all?

What is the problem of Team India?

The message of red, yellow and green traffic lights is clear – stop, look, go. Every person walking on the road knows the rules of these lights. It is completely up to you to follow this rule or not. There is also a provision of punishment in case of not following the rule and getting caught. This rule is needed at this time Team India Is for. Barring a few successes, the series of massive failures continues unabated. Which is like a punishment for wrong strategies. Asia Cup defeat, T20 World Cup defeat and now ODI series defeat in New Zealand.

After every defeat, dreams and claims of victory in the next series. But the result is zero. In such difficult times, the rule of stay, see, go has become very relevant and necessary because the ODI World Cup is to be played next year. It becomes even more important when it is known that India has to host the World Cup. There is still about a year’s time but in this one year, Team India has no choice but to follow the wait, see, go.

The Indian team played the recent ODI series in New Zealand. The next series is in Bangladesh. The 3 ODI series will start from 4 December. There is not even a week’s difference between these two series. But there is a difference of more than half in the team of both the series. Out of the 14 players that were in the team against New Zealand, 8 players have not even been selected in the team against Bangladesh. What is the basis for the exclusion of these 8 players? No one can answer this question at this time. We can also name only these eight players – Shubman Gill, Deepak Hooda, Suryakumar Yadav, Sanju Samson, Yuzvendra Chahal, Kuldeep Yadav, Arshdeep Singh and Umran Malik. There are definitely some names in these 8 players who have been rested but there is no basis for the rest of the players to be dropped from the team.

Pay attention to the policy of giving rest to the players

As soon as Rohit Sharma, Virat Kohli and KL Rahul return to the team in the same series, the entire team changes. For example, all these three players are returning after rest in Bangladesh series. Due to which many players of the previous series had to rest. There is no problem in giving rest to these players in relatively low importance series. The problem is when all the big players go on rest together and come back at the same time. Its direct effect is that one-fourth of the team suddenly changes. In any team game, the coordination between the players is not made overnight. Veteran players like Sunil Gavaskar had said in the past that to win the World Cup, a core team should be a constant part of the dressing room. Which is not happening with Team India in the last few times. The ideal situation could be that instead of giving rest to many players at once, one player should be given rest.

Right now there are some other important issues in terms of preparations for the ODI World Cup. If you forget the test of fitness for a while, then it is certain that only Rohit Sharma and KL Rahul will start the Indian innings. As the third opener, Shubman Gill is now a clear contender. In such a situation, it is very important to take a decision regarding Shikhar Dhawan. Shikhar has been a veteran player but in recent times he has completely failed to prove his worth. A long time has passed since his ‘Impact’ innings came out of his bat. The second case is of Rishabh Pant. Those who say that their records in limited overs are not that bad. Now either he has not seen his records recently or he does not know the difference between good and bad records. The reins of the Indian team are currently in the hands of Rohit Sharma and Rahul Dravid. Both are connoisseurs of cricket. Rahul Dravid is also very firm about the rules and regulations. Now wait, see, go that ‘theory’ will have to be implemented by them only. Otherwise, the punishment of defeat will continue.