Novak Djokovic thinking about Tokyo Olympics, a decision of the organizers confused 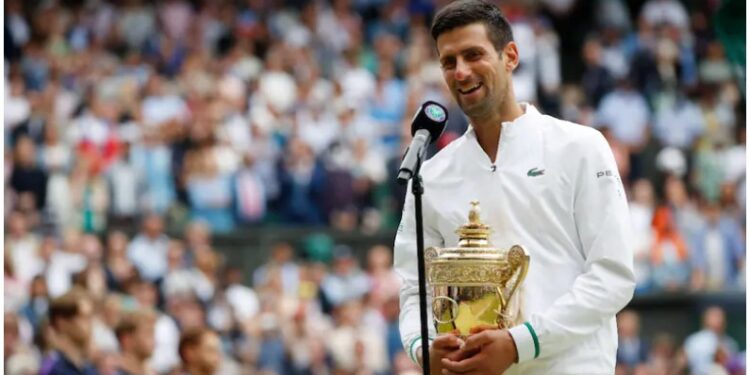 On the stage of Wimbledon, Djokovic was questioned about his intentions for the Tokyo Olympics. The answer given by him on this revealed the double thoughts going on in his mind.

If news is heard in the next few days that world number one tennis star Novak Djokovic has withdrawn his name from the Tokyo Olympics, then you will not be surprised. Because there is still a question about this in the mind of the Serbian tennis star. Whether he will play or not is not clear. On the stage of Wimbledon, Djokovic was questioned about his intentions for the Tokyo Olympics. The answer he gave on this reveals the dual thoughts going on in his mind.

The 34-year-old world number one tennis star said about his claim in the Tokyo Olympics, “He has not thought anything. The intention has always been to go to the Olympic Games. But, now he will think about it. After what I have heard in the last two days, the chances are currently fifty-fifty. The organizers of the Tokyo Olympics have banned the entry of spectators into the stadium during the Games. He has taken this decision in view of the increasing threat of Corona. Now after his decision, Djokovic’s enthusiasm to land on the court in Tokyo has also cooled down.

Serbia’s tennis star and current world number one defeated Italian tennis star Matteo Berrettini 6-7, 6-4, 6-4, 6-3 to win his sixth Wimbledon title. With this victory, Novak Djokovic created history. He has become joint number one in winning the most Grand Slam titles among men. Now like Roger Federer and Rafael Nadal, he has 20 Grand Slam titles to his name. Djokovic had also won the French Open earlier. Number one male tennis player Djokovic also moved closer to the calendar Grand Slam with this win. If he wins the US Open, he will be the first player in 1969 to win all four Grand Slams in the same year.

Also read: Euro 2020: Nawab who became the goal on goal, his team’s dream was broken, see the complete list of top scorers of the tournament