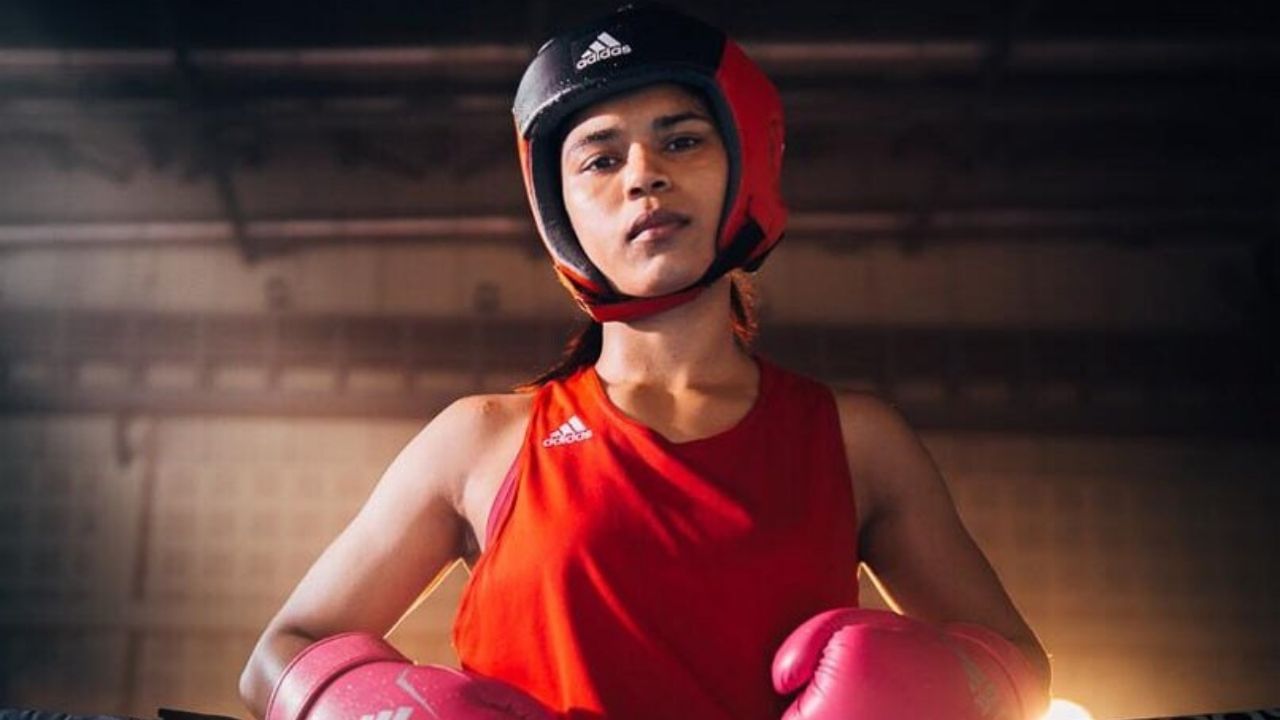 2019 proved to be a year of recognition for Nikhat Zareen, as that year he first won medals with a tremendous performance inside the ring and then opened the front against the veteran outside the ring.

The emerging name in Indian boxing is Nikhat Zareen. The 25-year-old boxer from Nizamabad, Telangana is cashing in on the opportunity she was waiting for after a long wait. She was India’s most successful boxer in the IBA Women’s World Boxing Championship 2022. He has won the gold medal in the final of 52 kg weight category. Nikhat Zareen, who is participating in the World Championship for the first time, is touted as India’s next big hope in boxing, who can carry forward the legacy of the legendary boxer and six-time world champion MC Mary Kom. However, Nikhat did not get the chance to inherit the legacy so easily and for this he had to fight his own senior – first outside the ring, then inside the ring. Reason- need for an opportunity and fight for your rights.

Nikhat Zareen is making her place in Indian boxing for the last 4-5 years. However, he achieved the biggest achievement 11 years ago, when he won the title of Junior Boxing World Champion at the age of 14. However, his first major breakthrough at the senior level came in 2019, when he won the gold medal at the prestigious Strangerja Memorial. In the same year, Nikhat also won a bronze medal at the Asian Championships. She was doing all this in the 51-52 kg category, for which India’s biggest boxer Mary Kom was already ahead in the queue.

Nikhat vs Mary Kom and Federation: First Round

2019 was the year that brought Nikhat the most discussions. The series of controversies started after a brilliant performance in Strange and Asian Championships. One such controversy, which dominated Indian boxing for almost 6 months, and at the root of the controversy was Mary Kom, India’s most successful boxer apart from Nikhat. At the same time, the Boxing Federation of India (BFI) was also a participant, because it had laid the foundation of the controversy with some of its decisions.

In August 2019, trials were held to send boxers to the World Championships, in which boxers of every category had to undergo trials. Mary Kom was the number one boxer in 51 kg, while other two boxers including Nikhat were also contenders.

When the day of trial came, the authorities stopped the trial of this category and decided to give direct entry to Mary Kom. The logic behind this was that Mary Kom does not need to prove anything and she has more chances of winning the championship.

, Well it was all, but it was wrong according to the rules and this is where Nikhat made his voice vocal and demanded a trial. BFI ignored it at that time and Mary Kom also did not pay attention.

Nikhat vs Mary Kom and Federation: Round 2

The championship took place in October 2019, in which Mary won the bronze and from here the second round of this dispute started. Once again the decision of BFI became a cause of ruckus. Especially the announcement of Federation President Ajay Singh, in which he had said that the players who win medals in the World Championship will get direct entry for the Olympic qualifiers. That is, it was decided to exempt other boxers including Mary Kom from the trial. But just a few days before this, the federation had made an official announcement that only those who won gold and silver in the Women’s World Championship would be exempted from the trials.

In such a situation, there was a conflict between the announcement of the BFI President and the rules of the Federation and here again Nikhat had to fight for his rights. When he started seeing that the federation would not give him a chance for trial this time too, this time he took the biggest step and wrote a letter to the then Union Sports Minister Kiren Rijiju demanding a trial. Rijiju also assured him of justice and finally the BFI was forced to conduct a trial in December 2019.

There was a lot of atmosphere ready for this trial in New Delhi and when it was their turn, as expected, Mary easily defeated Nikhat. But during that too there was a dispute in the ring and after that. Nikhat and his coach alleged that Mary used abusive language during the bout. Even everyone saw that after the match, Mary did not even shake hands with Nikhat.

Nikhat proves right after two and a half years

Now after two and a half years, Mary is again in the news due to the Nikhat World Championship, but this time she has become the country’s darling due to her performance in the ring. 39-year-old Mary had pulled out of the World Championship this time citing the opportunity given to the youth. In such a situation, all the light is on Nikhat and she has proved that the right for which she started her fight about three years ago was not wrong and she deserves this achievement.

‘He doesn’t need the battle’: Jorge Masvidal hits out at Conor McGregor for avoiding UFC conflict