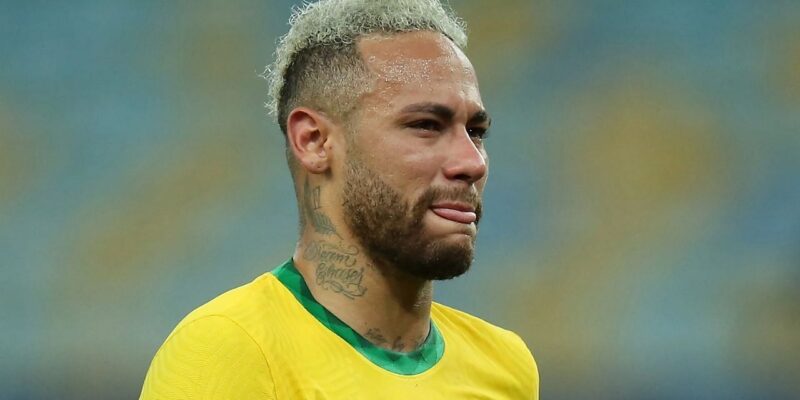 Neymar is counted among the top-class footballers of the modern era.

Players of the Brazilian football team have urged their teammate Neymar to stay in international football even after next year’s World Cup in Qatar. Neymar said in an interview earlier this week that the 2022 World Cup could be his last tournament for Brazil as he does not know if he will be mentally ready to play in international football after that. . His teammates said that being Brazil’s biggest star, he understood the pressure on Neymar. Neymar currently plays for Paris Saint-Germain at club level.

Midfielder Fred said, ‘We want him to stay with us for years. But it is difficult to talk about someone else’s state of mind. Sometimes players have to face heavy pressure. Not only Neymar, but (Lionel) Messi, Cristiano Ronaldo. We want him in the team, he is one of the best Brazilian players of all time. Defender Thiago Silva, a close friend of Neymar, said that the pressure on this star footballer compared to other players is unfair. Neymar quietly walked off the field after playing a goalless draw against Colombia on Sunday.

“We forget what he did on the field and focus on what’s not important,” Silva said ahead of Brazil’s World Cup qualifying match against Uruguay on Thursday. He puts a lot of pressure on himself. Hope he continues to enjoy the game. Striker Richarlison, who was unable to play due to injury, tweeted a picture of a banner raised by fans in Manaus that read: “Neymar, if you play in heaven, I will die to see you.”

Neymar failed to win the Copa America title for Brazil in July. The team was defeated by Argentina in the final. After this Neymar did not have a good start in the club season as well. Recently, he missed 17 passes in the match against Colombia. Also looked tired. So far Neymar has played two World Cups and in these his game has not been worth remembering. In 2014, he was injured in the quarter-final against Colombia. Then in 2018 also under him, the team lost to Belgium in the quarter-finals.

What is PM Gati Shakti Yojana? How will the common man benefit?

PM Gati Shakti: How will Gati Shakti double the income of farmers, know everything