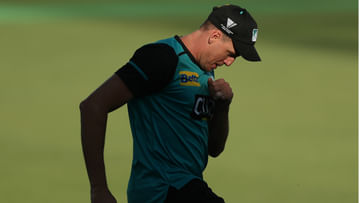 Morne Morkel started his career by playing Test against India. He also played his last international match against India in the year 2018 as an ODI.

The strength of the New Zealand team has increased. Because, an experienced player has joined him. But, if you are thinking that this Kiwi team is Tall Latham and Company on India tour, then you are wrong. Because we are here in South Africa to participate in the Women’s T20 World Cup new zealand Talking about the team. Former South African fast bowler Morne Morkel will be part of his coaching staff in this ICC tournament. Morkel played his first and last international match, both against India.

Women’s T20 World Cup is starting from 10 February in South Africa. After saying goodbye to international career in 2018, Morkel was seen playing in many T20 leagues. He also tried his hands in coaching. He parted ways with the Namibian coaching staff after the men’s T20 World Cup ended in Australia. He is currently the bowling coach of the Durban Super Giants in the SA20 league and will now be seen helping them in the T20 World Cup by joining the coaching staff of the New Zealand women’s team.

Right-arm fast bowler Morne Morkel said, “The way women’s cricket is expanding in the world, the association with the New Zealand team is a big opportunity for me.” With this, I will also experience women’s cricket, their game. He said, “I know the situation in South Africa very well. I have spent a lot of time here in the last few years. In such a situation, if I can do even a little bit for this team, then it will be a big thing for me. ,

Morkel further said, “I have been following women’s cricket a lot for the last 2 years. Especially since I moved to Australia. I saw women cricketers playing in the Big Bash in Australia. All are very talented. I will try to help the head coach of New Zealand in every possible way.