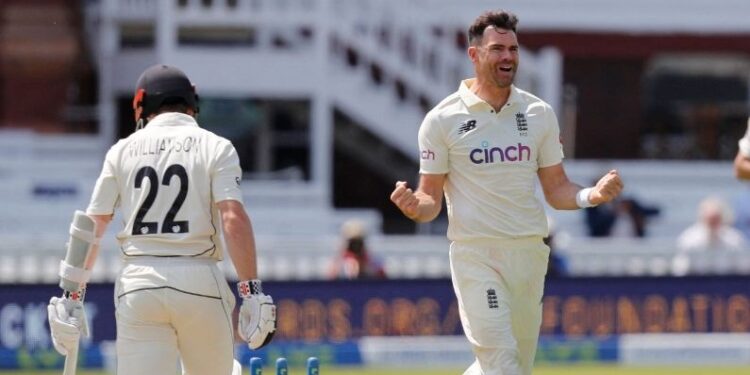 The New Zealand cricket team is already in England and is playing a two-match Test series before the final of the World Test Championship.

The ICC World Test Championship Final match will be played between India and New Zealand from 18 June in Southampton, England. The Indian cricket team has not yet reached England for this biggest match, but the New Zealand team is already in England and is busy in preparations. The first part of this preparation started at Lord’s from Wednesday 2 June and New Zealand suffered a troublesome setback on the very first day. The performance of three senior batsmen was disappointing for the team on the first day of the first Test match between England and New Zealand at Lord’s, but the biggest concern in this was also about captain Kane Williamson, who settled cheaply.

Tow Test matches are to be played between England and New Zealand before the final of the Test Championship. This is a great opportunity for New Zealand to prepare for the final. Obviously the New Zealand team would like to try their full strength in this series. However, the first day of the match was mixed for the team. Debutant opener Devon Conway scored a good half-century, then Williamson, Ross Taylor and Tom Latham flopped the basis of the Kiwi team’s batting.

The start was good for the New Zealand team batting first. Latham and Conway put on a partnership of 58 runs, but then Latham could not extend the innings and returned to the pavilion after scoring just 23 runs. In such a situation, a good innings was expected from Captain Williamson and he also seemed to be in better rhythm, but in the very first over after lunch, England’s legendary fast bowler James Anderson bowled him.

Anderson made Williamson his victim for the seventh time in Test cricket. He is the most successful bowler against the Kiwi captain. Apart from Anderson, Williamson has been dismissed 5-5 times by Pragyan Ojha, Ravichandran Ashwin (Ind) and Kemar Roach (West Indies).

Williamson could only manage 13 runs in his innings and his streak of poor performance in England continues. He has so far scored only 260 runs in 9 innings played in England, in which he has only one century and one half-century. Obviously this performance of Williamson will be a matter of concern for himself and the team, while the Indian team would also like to put the same pressure on him.

Apart from Williamson, the team’s most experienced batsman Ross Taylor also failed in this innings. He could only score 14 runs and became the victim of Oliver Robinson in the second session. Such batting of 3 senior players of the team is not a good sign for New Zealand before the final. However, the Kiwi team seems to be getting a good batsman in the form of Conway, who has scored a half-century in the debut itself and is on the way to score a century.

Also read: WTC Final: Virat Kohli expressed his intention, now New Zealand will not get the advantage of the circumstances