New Zealand, England should be shaken, Ravindra Jadeja showed such confidence, then ‘love’ only saw! 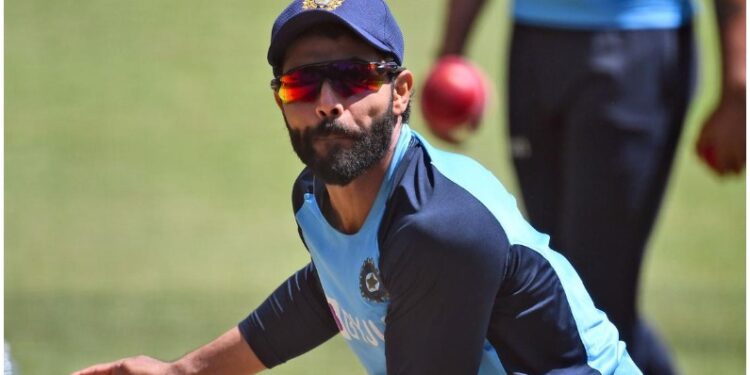 After the performance in the IPL, he has gone to England, his enthusiasm is high. Confidence is full. The form he is in right now can certainly wreak havoc in England.

Team India is on a tour of England. On this tour, Indian team’s Sirji i.e. Ravindra Jadeja is also with him. After returning from injury, Jadeja has been seen in full form. Leave the ball and bat in the early matches of IPL 2021, he has also been seen turning matches with his fielding. After the performance in the IPL, he has gone to England, his enthusiasm is high. Confidence is full. The form he is in right now can certainly wreak havoc in England. Many cricket pundits are also considering him as the X factor of Team India. Whether it is about the WTC Final or the series of 5 Test matches against England.

Now Jadeja has pasted a photo on social media with the same confidence. In this photo pasted on Twitter, Ravindra Jadeja is wearing a black color half T-shirt and a check shirt over it. At the same time, he is also wearing black matching jeans. While sharing this photo, Jadeja has written – Confidence level. Selfie with no filter.

If you consider Jadeja’s confidence as your own

Whatever happens, this picture of Jadeja with full confidence is going to blow the senses of England and before that New Zealand. However, in the meantime there are their own who are also seen looking at this confidence. Here loved ones mean cricket fans, who have questioned Jadeja’s selfie with this confidence. By the way, this picture of Jadeja has got a lot of likes and comments. But some fans seem to be refusing to accept this selfie taken with confidence. They say that this is not a selfie taken from a smartphone but a picture taken from a camera.

Picture of preparations for WTC Final also came in front

Jadeja first has to play the final of the World Test Championship against New Zealand from June 18 to 22. For this, he has also started preparations, whose pictures were also featured on social media. Ravindra Jadeja has played 51 Tests, 168 ODIs and 50 T20Is for India. In Tests, he has scored 1954 runs with a century and 15 half-centuries and also took 220 Test wickets with the ball. At the same time, in ODIs, he has scored 2411 runs with 13 half-centuries and has taken 188 wickets. In T20, Jadeja has 39 wickets in his name.

Also read: Rohit Sharma and Jofra Archer face to face! The matter caught fire, the old thing did the work of ghee in the fire