Neeraj Chopra will go abroad for training after a delay of a few days, Sai told what is the reason 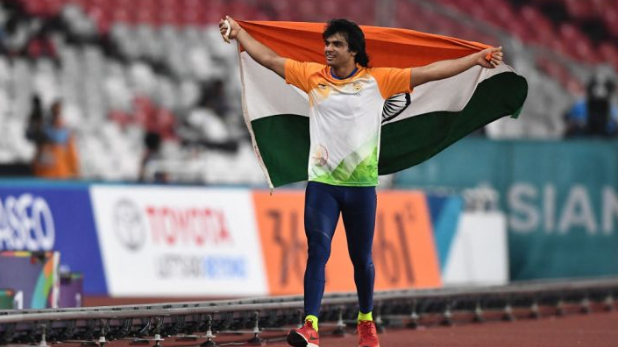 The government of Finland has put a travel ban on Indian travelers. Neeraj Chopra was to participate in the Kuorten Games athletics meet to be held in Finland on June 26.

Neeraj Chopra, the most medal contender for India in the upcoming Tokyo Olympics and the national record holder javelin thrower athlete Neeraj Chopra, is not set to go to Finland for Olympic preparations. Sai wanted to send Neeraj to Finland for better training due to being a part of TOPS, but now it does not seem to be happening. Actually, the government of Finland has put a travel ban on Indian travelers. Neeraj was to participate in the Kuorten Games athletics meet to be held in Finland on 26 June.

A source told IANS, “It doesn’t seem certain as Chopra hasn’t got permission from the Finnish government to travel to Kuotarne.” However, he will compete at the Karlstad Grand Prix in Sweden on 22 June. Neeraj, the Commonwealth and Asian Games champion, got a visa last week to travel to France. He said, ‘He will stay for one night in northern France and then in quarantine for 10 days. Although it is not yet decided whether he will get to do outdoor training for two hours a day during the quarantine. Neeraj, 23, will leave for a European practice-cum-competition tour this week and will be accompanied by biomechanics expert Dr. Klaus Batornitz and physiotherapist Isan Marwah.

Increased trouble due to rising COVID cases in India

The Sports Authority of India (SAI) said in a statement, ‘Neeraj Chopra’s plans to visit France will be delayed by a few days as India is currently one of the countries at the highest risk due to COVID-19 infection, so there is no need to travel to France. To travel there, a person needs an internal authorization letter issued by the French Ministry of Interior. Even Neeraj and his team got their visas on Friday, they are yet to get the above authorization letter.

Accordingly, the itinerary of his travel plan has been changed and SAI is regularly in touch with the officials of the Ministry of External Affairs who are looking into the matter at the Indian Embassy in Paris, it added. Hope to get this letter soon.

French Open: India’s winning start in the tournament, Rohan Bopanna reached the next round with partner Kugor