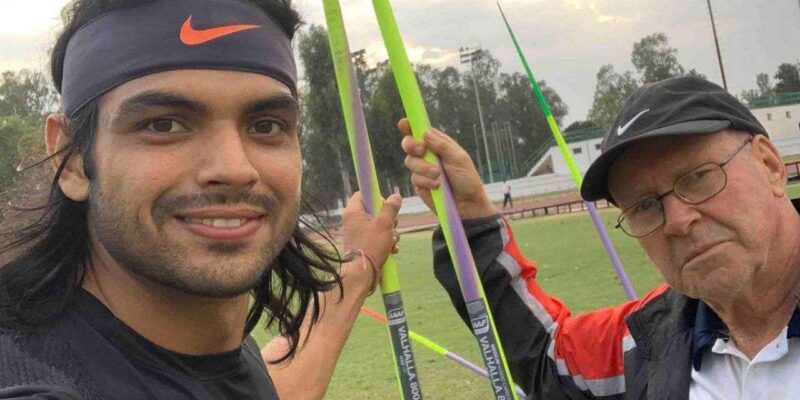 Neeraj Chopra won the gold medal in the Tokyo Olympics

His coach Dr. Klaus Bartonitz has been instrumental in winning Neeraj Chopra’s historic gold in the Tokyo Olympics. Neeraj has also mentioned this in every interview. He has said on several occasions that Klaus has proved to be the best coach for him. This is the reason why the star athlete wants to train till the Paris Olympic Games under his charioteer i.e. this coach. In a recent program, Neeraj expressed his desire.

Chopra said Klaus’s methods suit him as the bio-mechanic expert creates a pleasant atmosphere by telling jokes even during serious sessions. He said, ‘At times, I don’t want to be too serious during a practice session. There are many coaches who stand behind the stick, but Klaus sir is not like this. Neeraj has been training with Klaus since 2019.

Neeraj wants to train with Klaus

The 23-year-old said, ‘Whenever we have to put serious and full power in practice, we work seriously but sometimes in the middle of the session he cracks jokes and it makes the atmosphere happy during training. Is.’ Neeraj, who became the first Indian to win a gold medal as well as a medal in athletics at the Tokyo Games, said, “His training style suits me and I get along well with him.” I want to continue training with him for the next Olympics as well.

Neeraj has been training with Klaus since 2019

Chopra has been training with Klaus since 2019. He was earlier training under the supervision of former world record holder Uwe Hohn from Germany, who was recently laid off by the Athletics Federation of India due to several differences including his salary and training methods. Chopra had become a nation-wide favorite after his historic achievement in Tokyo, but faced an uncertain time in 2019 after undergoing elbow surgery on his main arm. He said, ‘It was a very difficult time for me when I had surgery. I had to take complete rest for 30-45 days. I finished things to come back soon. I was told to exercise for a slow cycle but I hurried to come back which hurt my legs.

28 civilians killed in terrorist attacks in Kashmir so far this year, Home Minister may visit Srinagar and Jammu on 22-23 October

Is China deliberately creating conditions for power crisis in India?