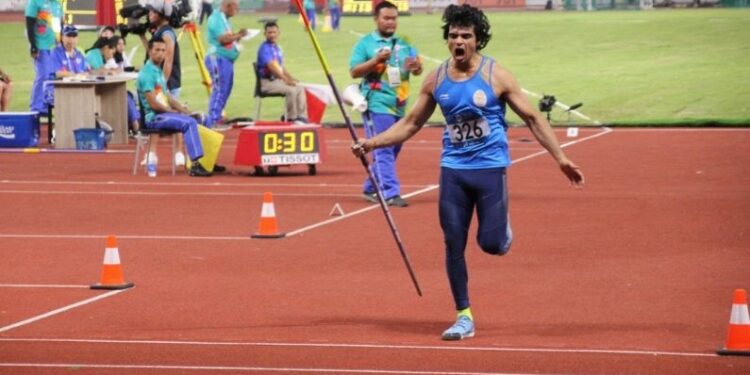 Last week Neeraj Chopra got a visa to go to France and then went to compete in Portugal. Neeraj entered a competition after 18 months

Neeraj Chopra is the star athlete of the country

There is only a short time left in the Tokyo Olympics and in such a situation all the players are trying to achieve their best form. Javelin thrower Neeraj Chopra, a strong contender to bring medals for India, also made a comeback at the international level on Thursday after 18 months. Neeraj won the gold medal in the Meeting Cidade de Lisboa tournament with a throw of 83.18 meters. Among the five Portuguese contestants, 23-year-old Chopra’s best throw was 83.18m, which proved to be a gold medalist.

Chopra’s opening throw was 80.71 meters while his second and third attempts were no throws. He failed to find a good pace in the fourth and could only record a throw of 78.50m. His fifth attempt was also a no throw while the last and sixth throw was 83.18 metres. Chopra clocked the season’s best distance of 88.07 meters in March in Patiala. Chopra has landed at an event after 18 months through Lisbon.

far from the best

In January 2020, he competed in the South African domestic competition in Potchefstroom, surpassing the Tokyo Olympic qualification standard of 85 meters by recording a throw of 87.86 metres. After this, he could not compete at the international level due to the pandemic. In April, Neeraj was to go to Europe for training and competition, but due to the increasing cases of corona virus in India, many European countries refused to grant him a visa. Last week he got a visa to go to France and then went to compete in Portugal. Chopra had said a few weeks ago that her Olympic preparations were being affected by not participating in the competitions.

Made cricketers puppets, looted one and a half billion rupees, then got trapped badly, now serving 112 years in jail