Mother was the conductor, now the son hit a double century on the strength of 15 fours and 11 sixes 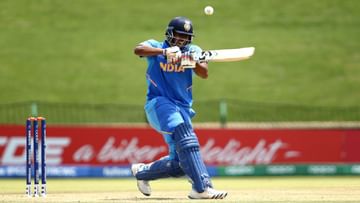 Atharv Ankolekar has set out on a journey to fulfill his dream. On Monday, he scored a quick double century. He is captaining Mumbai.

It comes and rains and goes. Far away, at some other end, the mother becomes happy just knowing the news. Atharva Ankolekar is creating a ruckus with the ball. Atharv’s bat is thundering, but mother only keeps taking news about it. She is unable to go to the stadium to see the wonder of her son. Wants to go, but is forced to, because most of the time she is busy booking tickets in the bus. Work is like this. There are conductors in the bus. She leaves for work in the morning and then travels from one corner of the city to another with the bus.

Cuts the ticket of the passengers. Meanwhile, if she gets a few moments, she calls her son’s friends and inquires about the score. Knowing that the son’s team is doing well, she rejoices in the bus. Sometimes even tears come. Why not even come… even after her husband growled, she did not let her son’s dreams die.

The bat thundered in CK Naidu

She left the house to fulfill her son’s dream. Got a job instead. Kill your dreams, so that the son can dream. Now the result of his same struggle is visible in the field. This time Atharva’s bat thundered. While captaining Mumbai in CK Nayudu, he scored a double century. Atharv played a blistering inning of 211 runs against Hyderabad. During this, he hit 15 fours and 11 sixes.

Atharva creates ruckus even with the ball. How can anyone forget the final of the Under 19 Asia Cup against Bangladesh in 2019, where he took 5 wickets to make India the champion for the 7th time. During Atharv’s match, the mother kept asking his friends about the score. Mother brought up Atharv alone. Atharva’s father passed away in 2010. After this, mother Vaidehi got the job of a conductor in the government bus service instead of her husband.

When Atharva started playing cricket, his financial condition was not good at that time. In such a situation, he used to go for practice by taking a cricket kit from a bus distance of 15 km. Many times, due to the heavy kit, Atharv used to think about leaving the game, but it was his mother who encouraged him and today he has set out on the journey of fulfilling his dream.