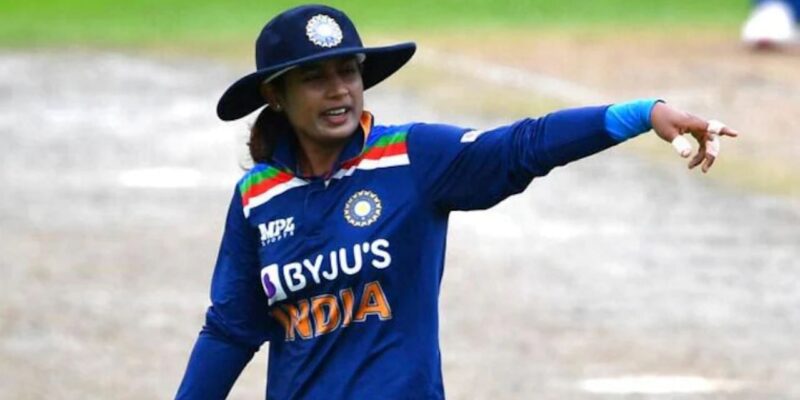 Mithali Raj is counted among the best batsmen in the world, but in recent times critics have targeted her for her strike rate.

Mithali Raj is counted among the best batsmen in women’s cricket. His figures testify to this. She has scored a lot of runs, but in recent times she has also been a target of people for her strike rate. In the third ODI played between India and Australia, Alyssa Healy was also heard talking about Mithali’s low strike rate, but all these critics have been answered by former India women’s cricketer Shanta Rangaswamy. Rangaswamy has said that the constant criticism of Mithali Raj is unnecessary as she is still the best batsman of the Indian women’s cricket team. Shanta, also a member of the Apex Council of the Cricket Board of India (BCCI), lauded India’s performance in the ODI series against Australia.

India lost the series 1-2 but impressed with their performance. India also broke Australia’s 26-match winning streak with victory in the third ODI. Shanta told news agency PTI, “She is India’s best batsman of all time and still the best. He knows he has to score runs fast and if wickets are falling at the other end then strike rate doesn’t matter. She played well in the UK and in this series as well. Even Jhulan (Goswami) did a great job against Australia. Both of them have shown by doing well that age is just a number (at 38 years old).”

Mithali scored her fifth consecutive half-century in the first match of the series but India lost the match. On the team’s performance in the ODI series, Shanta said, “It was wonderful because they gave a tough fight to the best team in the world. India should have won the second ODI as well but it was a good fight.

Team has to improve here

According to Shanta, there is a lot of scope for improvement in fielding and players need to be consistent in their performance. She also questioned the fitness of T20 captain Harmanpreet Kaur as she was ruled out of the series due to a thumb injury. He said, “She came with an injury from the Hundred tournament, before that she was also injured in the home series against South Africa, if she gets injured again and again, then she should avoid playing in foreign leagues and play for India. Playing from the side should be given priority. The team is an impact player and the team needs him. BCCI can stop players from playing in the league before important tours like Australia.

Former India captain Shantha expects more consistency in performance from openers Shefali and Smriti Mandhana. She also believes that Richa Ghosh needs to work on her wicketkeeping but she impressed with her batting in the ODI series. Yastika Bhatia also impressed in her debut series. Sneh Rana has also performed effectively as an all-rounder, which will put pressure on Deepti Sharma to perform better.

World Rabies Day 2021: Know more about the date, significance, history and theme of this special day