Manish Pandey and Rashid Khan dance with David Warner, even you will not be able to stop laughing after watching the video 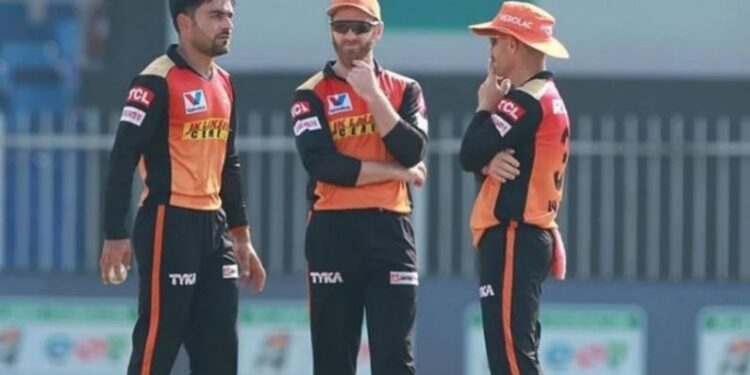 IPL 2021 is a league that not only gives players a chance to showcase their talents, but also proves to be very important in establishing a bond of friendship between players playing against each other at the international level. It is because of IPL that fans have got to see strong friendship between the opposing players, be it Virat and AB de Villiers or Mahendra Singh Dhoni and Dwayne Bravo. There is some similar friendship between Rashid Khan, Manish Pandey and David Warner of Sunrisers Hyderabad.

For Sunrisers Hyderabad, all these three players are very important for their team. Players have become very close as they spend most of their time with each other in the IPL. Recently, David Warner has shared a video on his Instagram account in which all three are seen having fun.

The video that Warner has shared is of an ad shoot. All three players are seen sitting on the mat and then after a while they start dancing. All three seem to be enjoying this time. In this video, he gave the caption and wrote, ‘Our effort to do commercial’. Team captain David Warner also keeps sharing similar funny videos. This funny video fans are also very much liked. Many fans have liked.

Afghanistan’s star spinner Rashid Khan recently praised the batting of Indian captain Virat Kohli. Explaining the reason behind Kohli’s success, he had said, ‘Indian captains play their natural shots even under pressure. He never plays shots that are not his strength. According to the leg-spinner, Kohli’s strongest side is that he believes in his batting abilities and respects good deliveries.

Scored 246 runs against India, spent 10 hours at the crease, this batsman was humiliated from the team in the very next match