Made cricketers puppets, looted one and a half billion rupees, then got trapped badly, now serving 112 years in jail 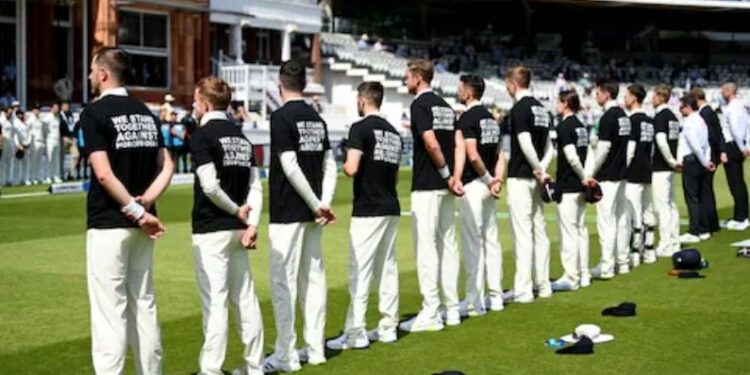 The cricketers came in the words of this fraudulent person, although the matter was saved from getting worse due to the truth coming out at the right time.

The England and Wales Cricket Board took strict steps in this matter. (symbolic picture)

You must have heard many types of frauds in the world of cricket. Especially about the age of the players, things of rigging often come to the fore. But today i.e. on June 11, this popular game had received such a big deception that it was not easy for anyone to get out of it. That too from a person who had made cricketers puppets in his hands. Which had fixed the amount to be given as a prize to the team winning a tournament, about one and a half billion rupees at the present time. However, after this the stars of this person went into the heat and he was arrested in the fraud. Even so many cases went on it that he was sentenced to 112 years in prison. And now at the moment he is serving the same sentence. Read this news to understand this story completely.

This case is of 11 June 2008. Actually, Allen Stanford is an American businessman. His investment company did a lot of fraud through Ponzi scheme and fraud. Due to which he was sentenced to 112 years in prison in the year 2012. As far as his association with cricket is concerned, he started the Stanford 20-20 cricket tournament in the West Indies and invested money in it. For this he built his own stadium in Antigua. The first tournament was held from July to August 2006.

The second tournament was held from January to February 2008, which was watched by 300 million people on television. After this, in June 2008, Stanford and the England and Wales Cricket Board signed a deal to play five international T20 matches between England and West Indies All Star XI. In this, if we look at the team winning the championship, $ 20 million, i.e. according to now, it was decided to give a prize money of about 1.5 billion rupees. This was the largest amount paid to a team for a single tournament.

ECB and West Indies Cricket Board ended all relations

But after that the real game started. Due to a dispute with the West Indies cricket team’s sponsor Digicel, this tournament appeared to be in trouble. Digicel was unhappy about the sponsorship of the tournament. However, this dispute was later resolved and the championship was won by Stanford Superstars, who defeated the England team by 10 wickets. The next year i.e. on February 17, 2009, when the case of fraud in Stanford’s Ponzi scheme came to light, the ECB and the West Indies Cricket Board ended all negotiations and agreements with Stanford. On 20 February 2009, the ECB announced that it had terminated all business ties with Stanford.