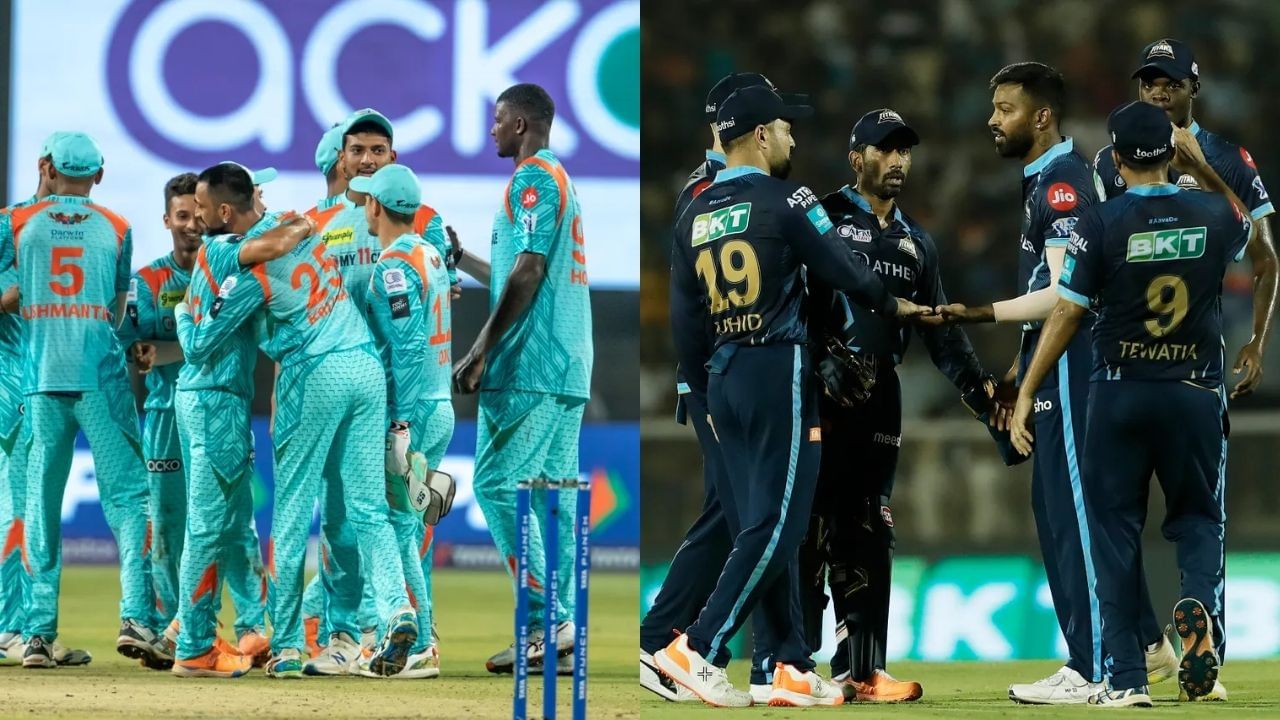 The two new teams of IPL 2022, Lucknow Super Giants and Gujarat Titans are close to going to the playoffs and hence this match is going to be very important for both the teams.

IPL-2022 (IPL 2022) Tuesday is going to be interesting because on this day the two strongest teams of the current season will face each other. Gujarat Titans will face Lucknow Super Giants in the match played at Maharashtra Cricket Association Stadium in Pune. (GT vs LSG) Will be from. Both these teams are playing IPL for the first time and in their first season both these teams have performed well. When these two teams will take on the field against each other, then both the teams will have their eyes on the playoff. (IPL Playoff) I will have to confirm the place.

Gujarat had been at the top of the league for most of the time but had to face defeat in the last two matches due to the failure of the batsmen. With this, Lucknow has reached the top in its place. However, these two teams have the same 16 points and the team winning this match will be confirmed in the playoffs.

Lucknow set a ‘four’ of victory

Hardik Pandya-led Gujarat had lost to Punjab Kings and Mumbai Indians last week. Lucknow, on the other hand, have won their last four matches. These include a 75-run victory against Kolkata Knight Riders in the last match, due to which the team of Lucknow will take the field with increased morale. KL Rahul has led Lucknow from the front. He has scored 451 runs in 11 matches so far which includes two centuries and half-centuries.

This is the condition of Lucknow’s batting-bowling

Lucknow’s team batting is heavily dependent on him but in recent matches Quinton de Kock and Deepak Hooda have taken more responsibility which has eased Rahul’s burden. Lucknow bowlers are also performing well. While he defended 153 runs well against Punjab Kings, KKR was allowed to score only 101 runs. In this match, fast bowlers Avesh Khan and Jason Holder performed brilliantly. Fast bowlers Mohsin Khan, Krunal Pandya and Sri Lanka’s Dushmanta Chamira have bowled economical. Ravi Bishnoi, however, proved to be a bit expensive in the last match.

Gujarat has to regain the old rhythm

As far as Gujarat is concerned, it has strengthened its position by making a comeback in difficult situations. Its different players have played the role of match winners so far, but it did not happen against Mumbai when they could not score nine runs in the last over. Gujarat batsmen need to maintain consistency. His top order batsmen are not able to play long innings. Shubman Gill has not been able to shine but Wriddhiman Saha has expressed his intentions well.

Hardik, David Miller and Rahul Tewatia were also not able to walk in the recent matches. They will have to regain the old momentum at the crucial juncture of the tournament. Gujarat has world-class bowlers in the form of Mohammed Shami, Lockie Ferguson and Rashid Khan. Shami, however, has not been seen in his complexion recently. They also need to get back into the rhythm.

The teams are as follows: