London Olympics 2012: Yogeshwar Dutt won the bronze after landing on the mat with an injury, was upgraded to silver after years 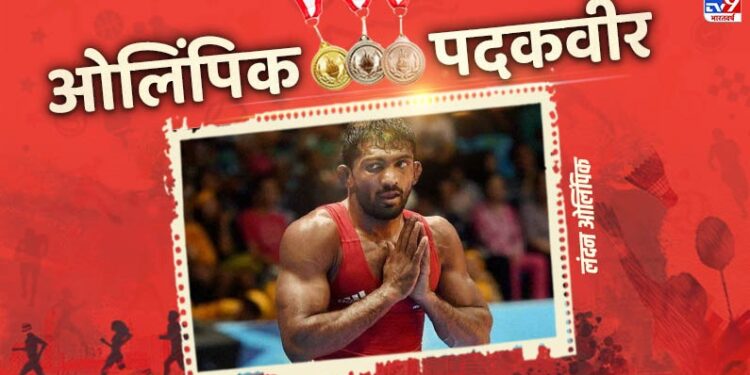 The biggest success of Yogeshwar Dutt’s career was winning the bronze medal for the country in the 2012 London Olympics.

Yogeshwar Dutt is the third Indian to win a medal in wrestling for the country.

India got two medals in wrestling in the London Olympic Games. Sushil Kumar won the silver medal while Yogeshwar Dutt won the bronze medal. Bronze was put around Yogeshwar’s neck in London but after years it changed to silver.

Yogeshwar Dutt’s medal journey started in the 1996 Atlanta Olympics. Seeing Leander Paes won the bronze medal in 1996, he was very inspired and decided that one day he too would win a medal for the country. After remaining empty handed in two Olympic Games, he finally got success in the year 2012 and his dream of winning a medal was fulfilled.

Could not achieve success in two Olympic Games

Eight years later, the first wrestler got a chance to participate in his first Olympics in Athens in 2004. Yogeshwar, who came to play the Olympics at the age of 21, was not very experienced. He had already lost to the two-time Olympic champion in the first round. His performance improved in the year 2008 but he still failed to win the medal. Yogeshwar Dutt reached the quarterfinals, but lost to Kenichi Yumoto of Japan.

Yogeshwar Dutt made a winning start in his first bout at the London Olympics by defeating Anatolie Ilarionovitch Guidea of ​​Bulgaria 3-1. After this, in the pre-quarterfinals, the Indian wrestler lost to four-time world champion Besik Kudukhov of Russia. His eye was injured in this match. Despite this, his medal hopes did not end. Kudukho reached the final, giving Yogeshwar another chance to win the medal. In the first and second repechage rounds, he defeated Franklin Gomez of Puerto Rico and Masoud Esmaeilpour of Iran.

Yogeshwar was competing with North Korea’s Ri Jong-Myong for the bronze medal. After losing the first round, Yogeshwar won the second round and leveled 1-1. The last round was a very exciting match. In the end Yogeshwar Dutt won by using the trademark ‘Fitale’ bet.

Bronze medal was upgraded to silver