Lionel Messi’s contract with Barcelona ends, no one knows what will happen next, has been with this Spanish club for 17 years 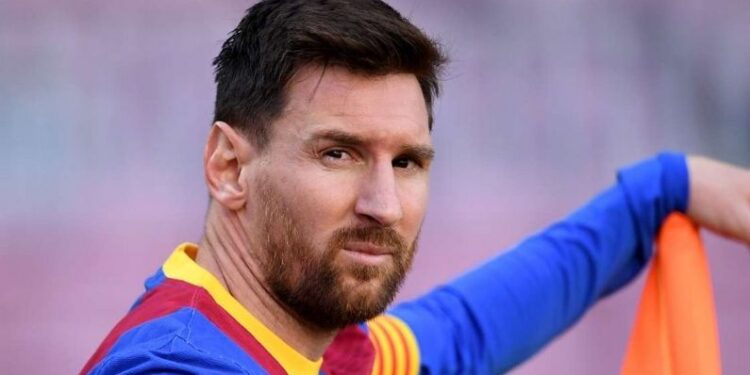 Lionel Messi played for Barcelona for the first time in the year 2004.

Lionel Messi’s contract with Barcelona ended on June 30. Now there is no further news whether he will play for this club or join any club. The 34-year-old Messi is currently playing for Argentina in the Copa America. It is expected that he will stay with Barcelona. It is being told that his contract can be extended for two years. For this, talks are going on between him and the club. The market for discussions about Messi’s future has been hot for the last two years. At the end of the 2019-20 season, he told the club that he wanted to part ways but he remained with Barcelona. A lot has changed since this incident. The team had to face an 8-2 defeat in the quarter-finals at the hands of Bayern Munich in the Champions League. This is one of the biggest defeats in the history of Barcelona and Messi. After this the team has got a new coach and a new president. Josep Bartomeu, who collided with Messi, has been discharged.

The current president, Yuan Laporta, has a good relationship with Messi. When Messi started his career, he was the President of Barcelona. He recently expressed hope that Messi would extend his contract with Barcelona. In the last season, even though there was a tussle between Messi and his club, but his performance on the field was excellent. He scored 30 goals in the Spanish league and won the team the Copa del Rey title. Messi had signed the last contract with Barcelona in the year 2017. Under this, he gets $ 164 million i.e. about 1200 crore rupees for a season.

Messi has won 35 titles in 17 seasons with Barcelona. He has led the team to the Champions League four times, the Spanish League 10 times, the Copa del Rey seven times and the Spanish Super Cup eight times. Messi has won the Ballon d’Or award for a record six times while playing with this club. He has played 778 matches for Barcelona and scored 672 goals. He has the most goals in the Spanish league with 474 goals in 520 matches. Along with this, the record of playing the most matches with a club is also his name.

In eight seasons, he scored the most goals in the Spanish league. At the same time, he was the top scorer inside the Champions League six times. He has scored 26 goals against Barcelona’s strongest rival Real Madrid. Messi joined Barcelona at the age of 13. On 16 October 2004, he came to play for this club for the first time. Then only two years later, he played an important role in winning the club for the first time in the Champions League.

read this also: England will capture Euro 2020! Two coincidences seen in victory over Germany, 65 years old history will be repeated