Lionel Messi will support Barcelona even after 50 percent cut, will bear a loss of 20 million every week 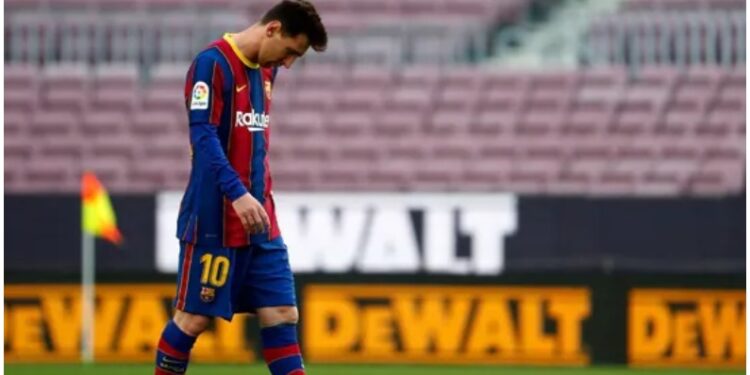 Lionel Messi joined the Barcelona club at the age of 16, since then he has not played for any other club, while every club in the world wants to keep him with them.

Since last year, star player Lionel Messi’s bad relationship with his club Barcelona has been in news. Many times there were reports that Messi is going to leave Barcelona, ​​but it did not happen. When Messi’s contract with Barcelona ended this year, people thought that this time both of them would be missed, but if the news is to be believed then it will not happen. Barcelona had offered Messi a contract with a cut of 50 percent and if reports are to be believed, Messi has agreed to it.

Messi’s 2017 contract is one of the most expensive football contracts in the world. According to this, he was given 550 million euros (about Rs 442 crores) in 5 years. His contract expired on June 30. After his feud with club president Josep Bertomeu last year, fans were sure Messi would not return.

Messi will lose billions due to the new deal

Messi has now been offered a five-year contract till 2026. However, Barcelona is going to cut his salary by 50 percent. This deduction means that he will have a loss of 20 million rupees in a week’s earnings. In one month’s earnings, he will have a loss of eight crore 80 lakh rupees, in a year Messi will lose one billion and in total he will lose five billion in the entire contract. Even after such a huge loss, Messi is not ready to leave the club. The fans also know the reason for this cut. Javier Tebas, president of the Spanish football league La Liga, said last week that Spain’s biggest football club is in debt of $ 1.18 billion (about $ 8 trillion).

Messi will not leave Barcelona’s side

Fans are very impressed with this decision of Messi. Messi started his career with Barcelona in the year 2004. Then he was only 16 years old. Today he is 34 years old, in almost 17 years of his career he has not played for any club other than Barcelona. Last year, her relationship with Barcelona president Josep Bertomeu had deteriorated so much that it appeared that Messi would leave Barcelona before the contract was completed. This did not happen, but Josep had to leave his post. In March this year, former team chairman Joan Laporta returned, with whom Messi has a very good relationship.

Barcelona helped in the treatment of Lionel Messi at the age of 10, even after 20 years the star player did not leave the club