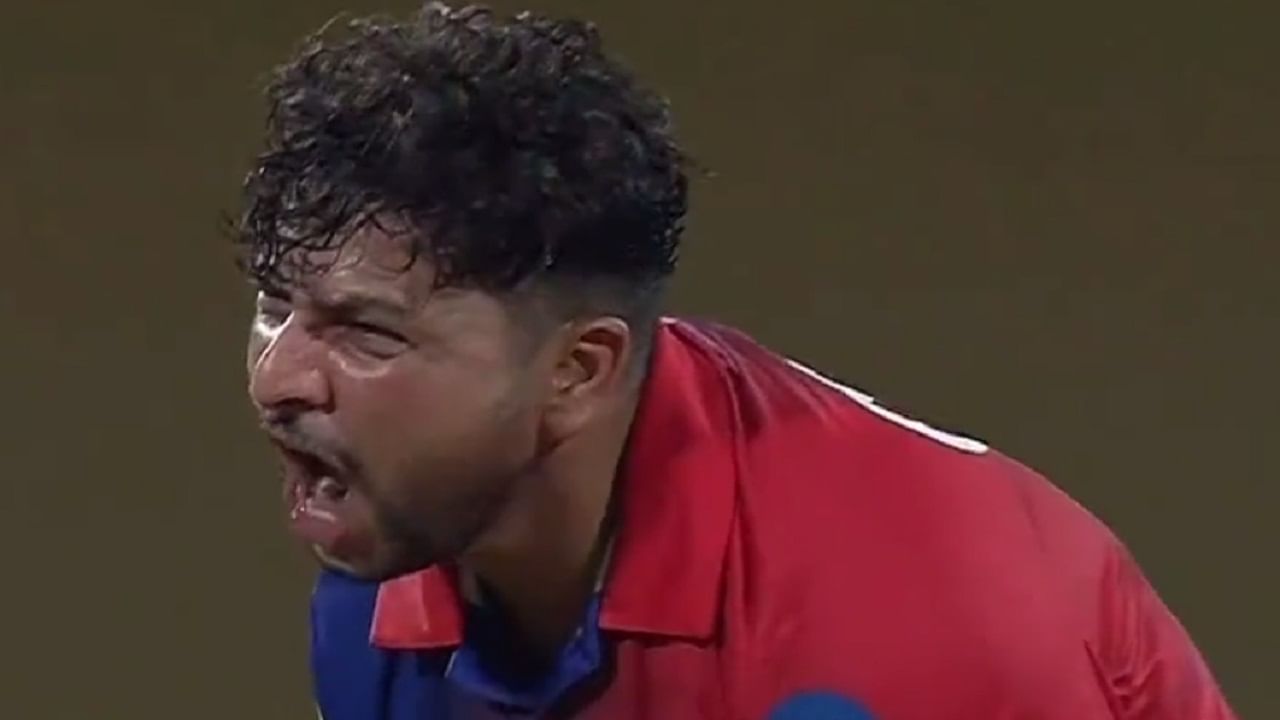 Chinaman bowler Kuldeep Yadav continues to perform well in the IPL. Kuldeep took 2 wickets for just 14 runs against Punjab, although during the match he got angry on his fellow player Rovman Powell.

In the 64th match of IPL 2022, Delhi Capitals defeated Punjab Kings by 17 runs. His bowlers played an important role in this victory. Especially Kuldeep Yadav (Kuldeep Yadav) Ka who took 2 wickets for just 14 runs in 3 overs. Kuldeep Yadav also took the wicket of Punjab’s most aggressive batsman Liam Livingston and the opposition team went completely on the backfoot after that. However, during this victory, Delhi Capitals’ chinaman bowler Kuldeep Yadav lost his cool. During the match, he got very angry with his own player. Why did Kuldeep Yadav get angry? Why did he get angry during the match? The answer is found in the video going viral on social media.

The reason for Kuldeep Yadav’s anger on Rovman Powell was his poor fielding. Kuldeep Yadav, who was put on the bowling in the 12th over, bowled the ball to Jitesh Sharma, which this batsman played between long on and midwicket. During this, Rovman Powell, who was fielding there, missed the ball and the opposing team got two runs. On the third ball of the same over, Powell once again misfielded, but this time it was a four, which made Kuldeep Yadav very angry.

The reason for Kuldeep Yadav’s flare up was something else.

The reason for Kuldeep Yadav’s flare-up was actually something else. This player had taken two wickets in his first two overs and Delhi’s score was only 159 runs. In such a situation, Kuldeep was constantly putting pressure on the opposing team. Powell’s misfield was reducing the pressure from Punjab, which Kuldeep did not like at all.

Kuldeep Yadav, who was put on the bowling in the 8th over, gave a big success to Delhi Capitals on the last ball of his first over. Kuldeep took the wicket of Liam Livingston who tried to play a big shot on this bowler. Livingston went ahead and tried to hit a six off Kuldeep’s ball but this bowler trapped him in the googly. Livingston is stumped. After this Harpreet Brar also became a victim of Kuldeep’s googly. Brar could not read the ball coming inside Kuldeep and the ball hit his pads and hit the wicket. Let us tell you that this match was very important for Delhi because after this victory, she has now reached the top 4 in the points table and now her way to reach the playoff has become easier.