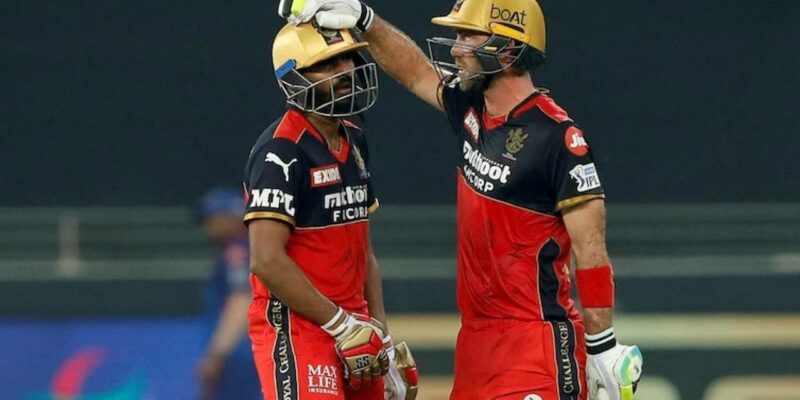 Royal Challengers Bangalore (RCB), captained by Virat Kohli, achieved a thrilling victory in their last league match on Friday. The team’s new star player KS Bharat scored a six off the last ball to give the team victory against Delhi Capitals. After the victory, when he told that Glenn Maxwell refused to take a single in the last over. After this, Bharat had to face the last ball on which he hit a six and led RCB to victory in the last league match.

Bharat, who performed well in the IPL, played a brilliant innings of 78 not out off 52 balls against Delhi. He persevered under pressure and along with Maxwell brought the team very close to victory. RCB needed five runs off the last ball to win. However, KS Bharat was present in place of Maxwell on the strike. In such a situation, the fans had little hope of sixes. However, by hitting a six off the last ball of the match by Avesh Khan, he put victory in his team’s bag.

Bharat was asked what was the conversation between them before the last over, he told how Maxwell boosted his confidence. Bharat, who played useful innings of 32 against Mumbai Indians and 44 against Rajasthan Royals, said after the match, “In the last over, Maxi and I talked about where we can play shots. He said look at the ball and hit the shot. In the last three balls, I asked him whether to take a run, then he said that you can win by playing a big shot. This gave me a lot of confidence.

Bharat took the responsibility in the last over

Bharat said that he did not want to think too much before the last over. He said, ‘I was focusing on one ball at a time instead of focusing on many things. I kept things simple. We did well as a team and registered a win. Bharat continued to play at number three in this phase of the IPL but the team management told him that the batting order can be changed at any time. He said, ‘We are ready to play in any order. It has been clearly stated about this. Everyone is ready for their challenge. I don’t think there is any communication gap when you are given a chance, you want to perform well and lead the team to victory.

IPL 2021: Virat Kohli did not believe in defeating Delhi Capitals, said after victory – there was nothing to lose