KL Rahul scored a century after one and a half years, did wonders at number 5, saved the shame of Team India in trouble 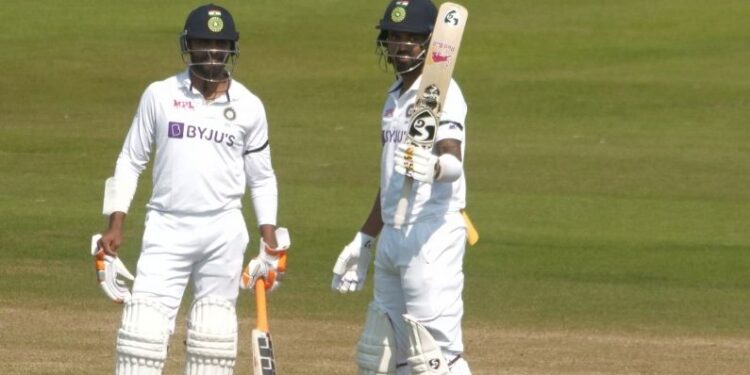 This was KL Rahul’s first first class match after March 2020 and he has returned with a century. He last played for Karnataka in the red-ball format in the Ranji Trophy.

Indian batsman KL Rahul has scored a century before the Test series against England. In the match against County Select XI, he scored a century while batting at number five. KL Rahul scored his 15th first class century in 149 balls with the help of 11 fours and a six. When Team India was struggling after losing three wickets for 67 runs, he came to the crease. In difficult times, he not only completed his century by sharing a century partnership with Ravindra Jadeja but also got India out of trouble. He is playing the role of wicket-keeper batsman in this match. Due to the absence of Rishabh Pant and Wriddhiman Saha, he got a chance to play in this practice match.

This was his first first class match since March 2020 and he has returned with a century. He last played in the red-ball format in March 2020 for Karnataka in the Ranji Trophy. Through this century, he has presented a claim in Team India for the Test series against England starting on August 4. He has now become a strong contender to play as an opener with Rohit Sharma. Rahul has been running out of the Indian Test team for a long time. He was selected in the team on the tour of England but he found it difficult to play in the playing XI. But he can be tried in the place vacated by the departure of Shubman Gill.

KL Rahul last played for India on the West Indies tour in September 2019. After this he was dropped due to poor form. He was also in Team India during the last England tour. Then he scored a century. However, he failed miserably in the rest of the matches. He has played 36 Tests for Team India so far and has scored 2006 runs at an average of 34.58. He has scored five centuries and 11 half-centuries in Tests. At the same time, in first class cricket, he has scored 5802 runs in 78 matches at an average of 46.04.

read this also: Bad news for India from England, three players of Team India including Virat Kohli got hurt