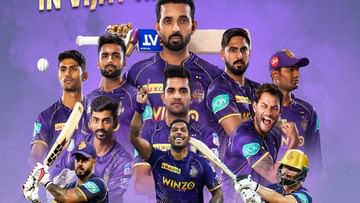 KKR Players List 2023: The names of the retention and release players of Kolkata Knight Riders have come to the fore. Two-time champions KKR finished 7th last season. Whereas in 2021 she missed out on becoming the champion. KKR has geared up for IPL 2023 and for this it has included champion players in its team. At the same time, he did not hesitate to exclude some big names to become the champion. Shardul Thakur was traded by KKR to Delhi Capitals. KKR has retained a total of 14 players.

KKR qualified for the playoffs for the first time in 2011. After this, she emerged as the next season’s champion. In 2012, KKR won its first title. KKR defeated Chennai Super Kings in the final. For almost 4 years, this team created panic in the IPL. In 2014, KKR team won its second title by defeating Punjab Kings. After becoming the champion for the second time, the team got derailed and yearned for its third title.

In the last season of IPL, KKR made Shreyas Iyer the captain and under Iyer’s captaincy, the team finished 7th out of 10 teams. KKR won 6 out of 14 matches, while lost 8 matches. At the same time, in the final of IPL 2021, KKR had to face defeat by 27 runs at the hands of MS Dhoni’s Chennai Super Kings. KKR won the title in 2012 and 2014. While the journey ended in the league stage 8 times.