Karnam Malleswari was disappointed after missing gold in Sydney Olympics, a news from the border made her happy 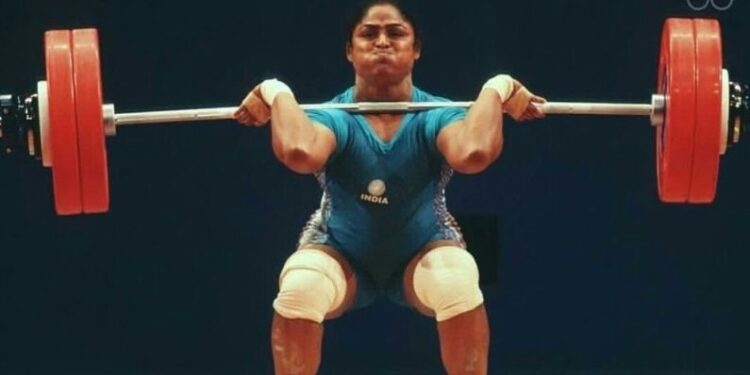 Karnam Malleswari won the bronze medal at the 2000 Sydney Olympic Games. She was the first female player to win an Olympic medal for India.

The Sydney Olympics 2020 were very important for India. The country got the first female Olympic medalist in these games. Karnam Malleshwari of Andra Pradesh created history by winning the bronze medal in weightlifting. This was India’s only medal in the Sydney Olympics. The whole country celebrated this medal. Although Karnam Malleswari was disappointed for not winning the gold medal, her disappointment was turned into joy by the Indian Army.

The record that Malleswari made by winning a medal in Sydney is still intact, because after her no Indian woman has won a medal in weightlifting in the Olympics so far. Malleshwari is popularly known as ‘The Iron Lady’. In a conversation with NewsNCR, Karnam Malleswari recalled his Sydney win and talked about his experience playing in the Olympics.

Malleswari could not win gold in Sydney Olympics

Karnam Malleswari had a chance to win gold in the Sydney Olympics but she missed it. He had lifted a total of 240 kg that day. 110 kg in snatch and 130 kg in clean and jerk, i.e. almost twice its weight. In the last lift, her coach asked her to lift 137 kg, although she would have won even if she had lifted 132 kg at that time. She failed in the last lift and had to be content with bronze instead of gold.

Because of this Malleshwari was very disappointed. He felt that a great chance of winning the gold had gone out of his hands. In a conversation with NewsNCR, she told, ‘I was dreaming of Olympic gold since 1992. When I got a chance, I just had to be content with bronze. I was very disappointed. When I reached the Olympic Games Village, everyone was cheering for me. After this I came to know that the Indian Army stationed on the border has also celebrated my victory. Then I realized that I had really done something special. The soldiers posted on the border live in very difficult conditions, if I could give them happiness, then my hard work became successful.

Karnam Malleswari believes that Mirabai Chanu is a strong contender to bring medal in Tokyo Olympics. He said, ‘Mirabai was also a contender for medal in the year 2016. Although weightlifting is a sport in which many times the player’s body does not support them. She has been training from abroad for 6-7 months. There she is getting world class facilities, this time she will bring it by winning a medal. He is in good form since Rio.