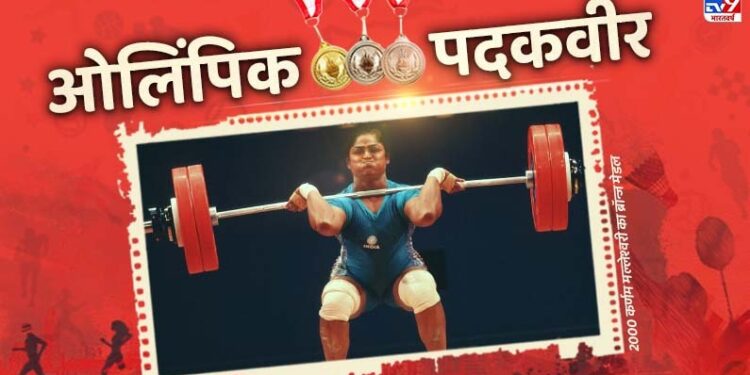 Karnam Malleswari won the bronze medal at the 2000 Sydney Olympic Games. She was the first female player to win an Olympic medal for India.

The Sydney Olympics of 2000 is very important in the Olympic history of India. It was these games from where a new path opened for women players in the Olympic Games, on which daughters of India like Saina Nehwal, MC Mary Kom, and PV Sindhu brought laurels to the country. The credit for opening this path goes to Olympic medalist weightlifter Karnam Malleshwari.

The historic achievement made Karnam Malleswari a household name in the country and she was fondly called ‘The Iron Lady’. Karnam Malleshwari is still the only Indian weightlifter to win an Olympic medal. Karnam Malleshwari has started a foundation only last year. She has opened a weightlifting and powerlifting academy where she will train young players.

The journey of weightlifting started at the age of 12

At the age of 12, Karnam decided that she would do weightlifting. Coach Nilamshetty Appanna, who taught weightlifting at a local gym in the small town of Vovasavanipeta in Andhra Pradesh, refused to allow him to be around her, as Karnam was too thin and too weak for the sport.

To pursue her career in weightlifting, Malleswari moved to Delhi with her sister, and soon she caught the attention of the Sports Authority of India. In 1990, she joined the national camp and her career began to take shape. In his first Junior National Weightlifting Championship in 1990, Karnam Malleswari broke nine national records in the 52kg category and a year later, he won a silver medal in his first Senior National Championship.

Karnam Malleswari had finished third in the 1992 World Championships. After this, in 1994 and 1995, he won world titles in the 54 kg category. Then in 1996, she again came in third place. In 1994 and 1998, Karnam Malleswari missed out on winning the Asian gold medal and had to be content with the silver medal.

History was made in Sydney

Women’s weightlifting was included for the first time in the Olympics in Sydney 2000. Karnam had gone to Sydney but many people did not trust her as she had not won a World Championship medal since 1996. She was scheduled to drop in 69kg for the Olympics, a category she had never played before at the world level. In the 2000 Sydney Olympics, Karnam Malleswari lifted 110 kg and 130 kg in snatch and clean and jerk. He won the bronze medal and made history.